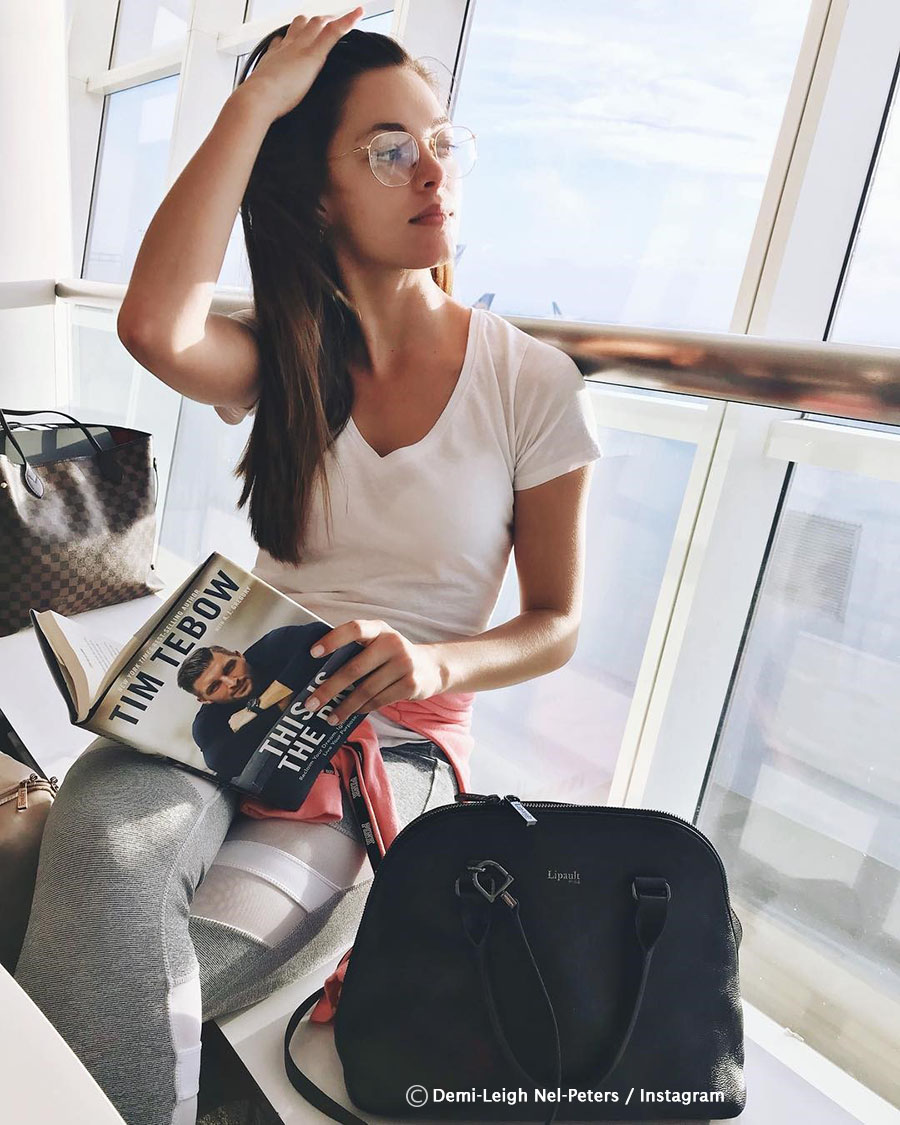 The pair has since posted numerous sweet messages and photographs of one another and have even had a family get-together with their parents.

Now, Nel-Peters has shown another level of affection for her beau by publicising her support of his new self-help book, titled This is the Day. “It’s always fun traveling but even better when you have good company. Congratulations on your new book Tim Tebow. I’m so proud of you,” she wrote to caption a photograph of herself reading the book before boarding a flight out of New York.

Nel-Peters has been in New York for the past week, attending various events at the UN General Assembly. On Monday, 24 September 2018, she attended the Nelson Mandela Peace Summit and the unveiling of the Nelson Mandela statue at the United Nations building.

Tim Tebow has written several biographic Christian self-motivational books since retiring from professional American football. His latest work, This is the Day, is said to encourage readers to live their purpose to the fullest.