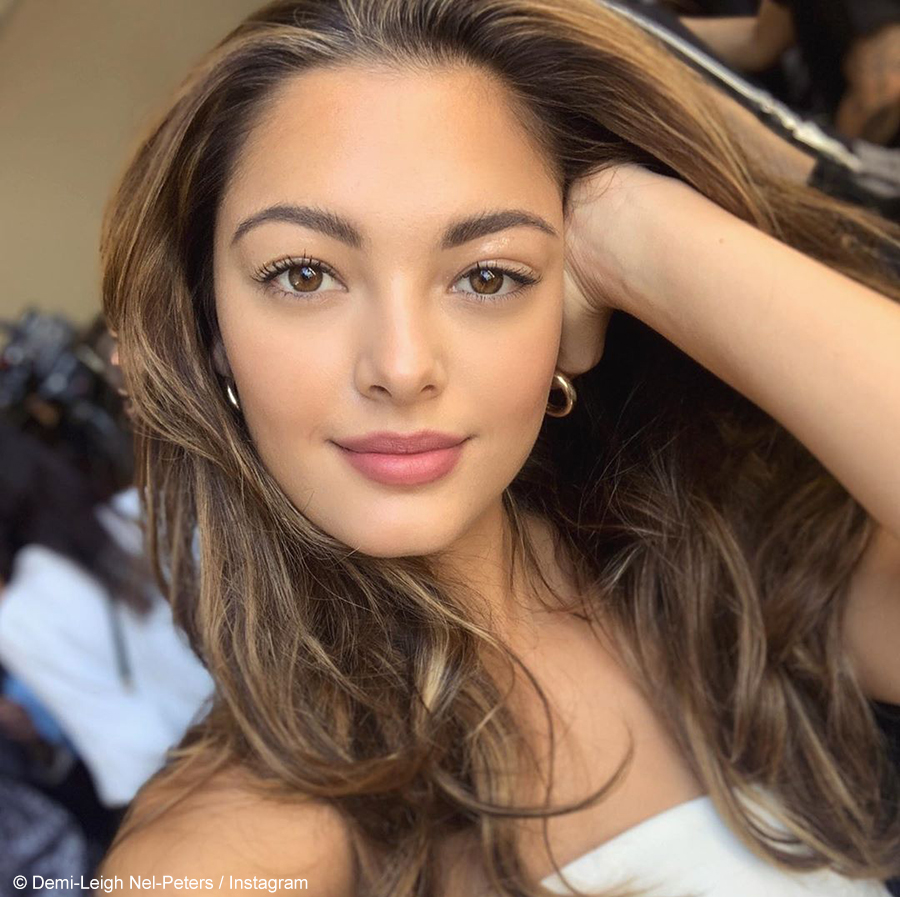 The former Miss South Africa and Miss Universe took to Instagram on Tuesday, 10 September 2019, to share images of the latest make-up and fashion looks while in New York City.

South African model, Demi-Leigh Nel-Peters, took to Instagram on Tuesday, 10 September 2019, to share her make-up look for the runway show of designer, Jason Wu at the New York Fashion Week. In the image, the former Miss South Africa can be seen wearing a bright coloured eyeshadow look which features red, orange and yellow.  In the caption, she wrote that the look was inspired by the island sunset and expressed her excitement for having joined the team as their backstage model. “Tropical sunset look created by Maybelline for Jason Wu’s show during the New York City fashion Week. So happy to have been their backstage canvas the past few days”, she wrote.

In addition to the make-up looks, the beauty queen has also been sharing her fashion looks, including a bright ensemble she wore while attending an event for the popular digital platform, YouTube. In the image she shared, she can be seen wearing a yellow, sequined body-hugging midi skirt which she paired with a black and white body suit and heels. She accessorised the outfit with a bright blue designer handbag and hoop earrings.

The posts received much traction, with over 25 000 likes. Social media users took to the comments section of the posts to compliment the model for the make-up look and choice of fashion.

Tropical sunset look created by @maybelline for @jasonwu’s show during #nyfw .So happy to have been their backstage canvas the past few days 🌅🥰 • • 📸 @andrewdaystudio