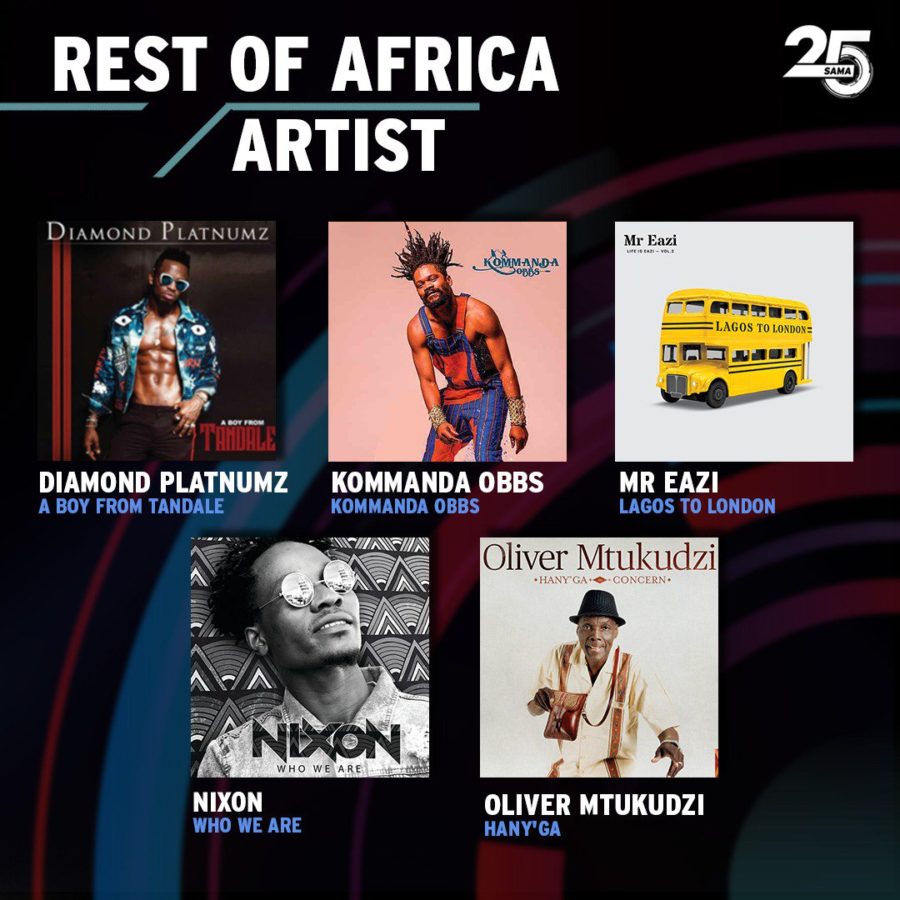 Tanzanian super star Diamond Platnumz is one of five intracontinental artists that are nominated in the Best Of Africa Artist 2019 category at the SAMAs 25.

On Thursday, 25 April 2019, The South African Music Awards hosted the twenty-fifth annual South African Music Awards (SAMAs) Nominee Announcement event which was hosted by television veterans Hulisani Ravele and Dosto Noge. Among the nomination categories is the category that pays ode to the influence of intracontinental music on the South African public, and in the Best of Africa Artists, one of the prominent names to make it onto the nominee list is Diamond Platnumz.

Diamond Platnumz got the nod for his 2018 eighteen-track album, A Boy From Tandale. The album boasts hit songs like Hallelujah, featuring Morgan Heritage, and the romantic R&B single Iyena, featuring female vocalist Rayvanny.

When he found out about the nomination, Diamond Platnumz took to his Instagram page and posted a slide show of the nomination announcement and captioned the image with a three-part message. The first was sharing his surprise at finding out that he made the cut, the second was his message of gratitude – which he wrote in his native language – and the last part was a cryptic message promising further information to come.

Other artists nominated alongside Diamond Platnumz include Lesotho hip-hop artist Kommanda Obbs, nominated for his self-titled album,  Nigerian Banku music pioneer Mr Eazi for his album Lagos To London, Nixon for his album Who We Are and lastly, the late Zimbabwean jazz legend, Oliver Mtukudzi for Hany’ga.

The date of the official SAMAs 25 ceremony is yet to be revealed.