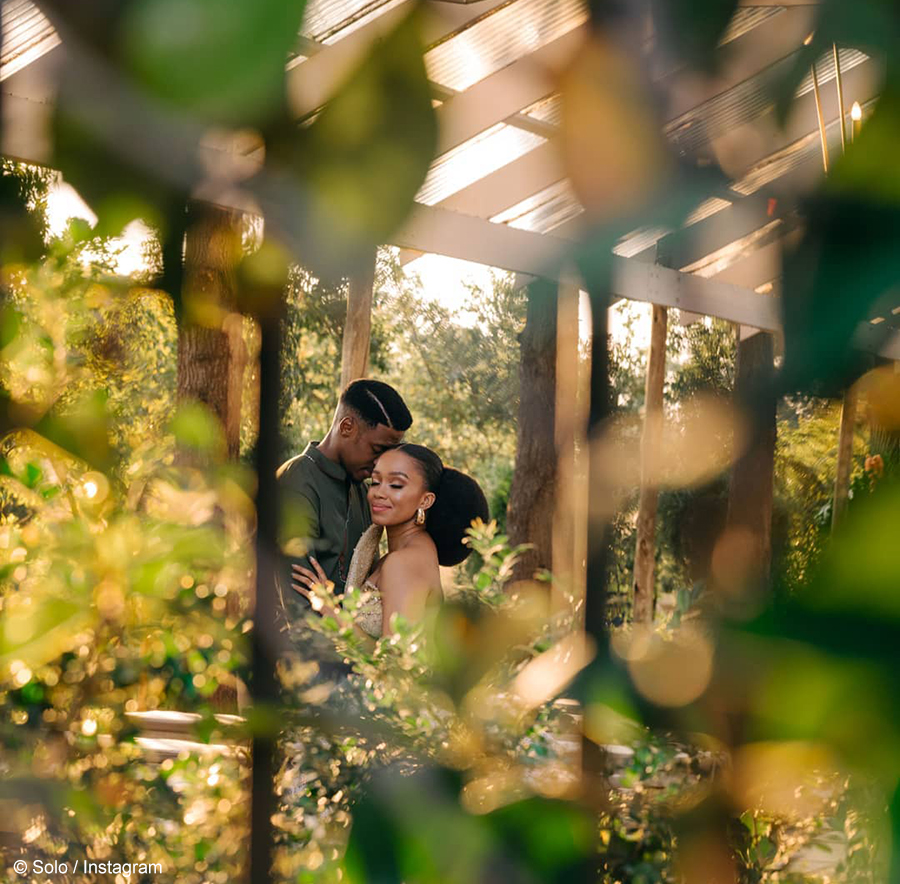 Dineo took to social media to share that the details of her and Solo’s wedding will be in an exclusive feature in True Love magazine.

In an Instagram post on Sunday, 18 August 2019, South African actress and TV personality, Dineo Moeketsi, revealed that she and her husband, Zothile Langa – known by his rapper name, Solo – cover the September issue of True Love magazine. She shared the news by posting an image of the spring cover.

The Queen actress shared the cover on Twitter and Instagram, expressing that her followers can expect to see pictures and  learn details about their wedding in the magazine exclusive. The magazine cover was shot by popular South African photographer, Austin Malema, in a picturesque setting that captures the essence of spring.

The TV personality captioned the magazine cover with the words, in part, “You asked for it and now it’s here. The wedding pictures and our story wrapped into one incredible September issue”.

Dineo Moeketsi has been silent about the details of her wedding to long-time partner, Solo, so much so that she has not posted anything about the nuptials or the ceremony that the two had. Social media users, and Dineo’s fans alike, flooded the post with compliments, with many expressing that they cannot wait to read about how the couple tied the knot.

The image of the magazine cover has since received more than 30 000 likes on Instagram and over 7 000 likes on Twitter.

The September issue of True Love magazine is available in stores now.

You Asked For It And Now It's Here. The Wedding Pictures And Our Story Wrapped Into One Incredible @truelovemagazine September Issue. A Moment Captured by @aust_malema. IN STORES TOMORROW!!! My Husband @thisissolo and I Hope You Enjoy It. With Love, From Us.