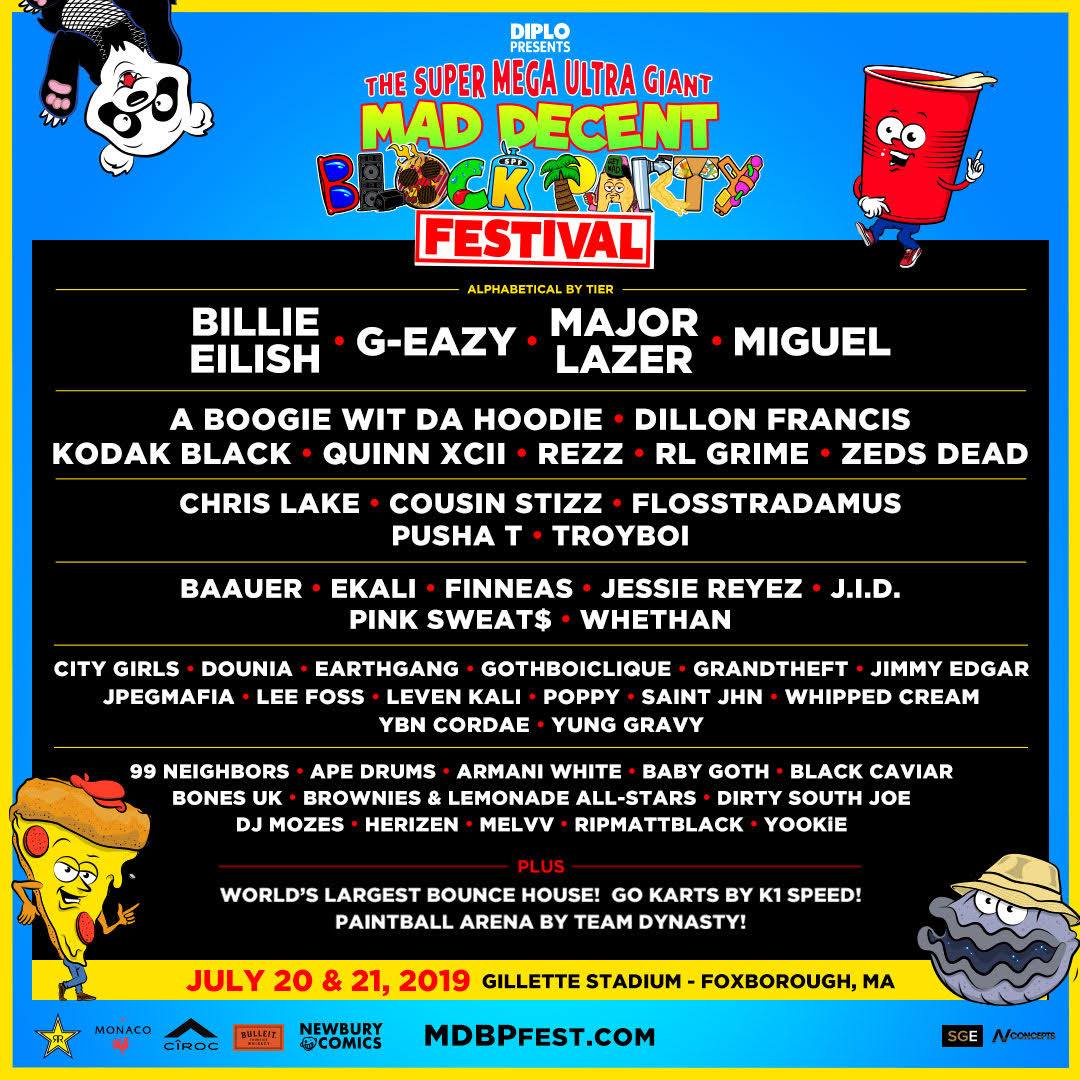 The DJ took to social media on Thursday, 16 May 2019, to share the official trailer for the upcoming festival. In the 30-second clip, a high energy edit showcasing the featured artists is displayed, accompanied by Major Laser’s 2018 hit single Light It Up. The video was captioned with a description of the Mad Decent Block Party Festival, which was described as a “Block party on steroids this year.”

Diplo is known for his chart-topping songs, which are often in collaboration with various artists. The set list for the festival will include his most popular songs such as Where Are You Now, Close To Me, Electricity, and Be Right There. Featured artist Bilie Eilish is expected to perform songs from her March 2019 album, When We All Fall Asleep Where Do We Go, which includes Bury A Friend and Bad Guy. G-Eazy is also expected to perform his most recent hits such as Rewind, Power and No Limit.

Tickets for the Mad Decent Block Party Festival are available for purchase on the official festival website.