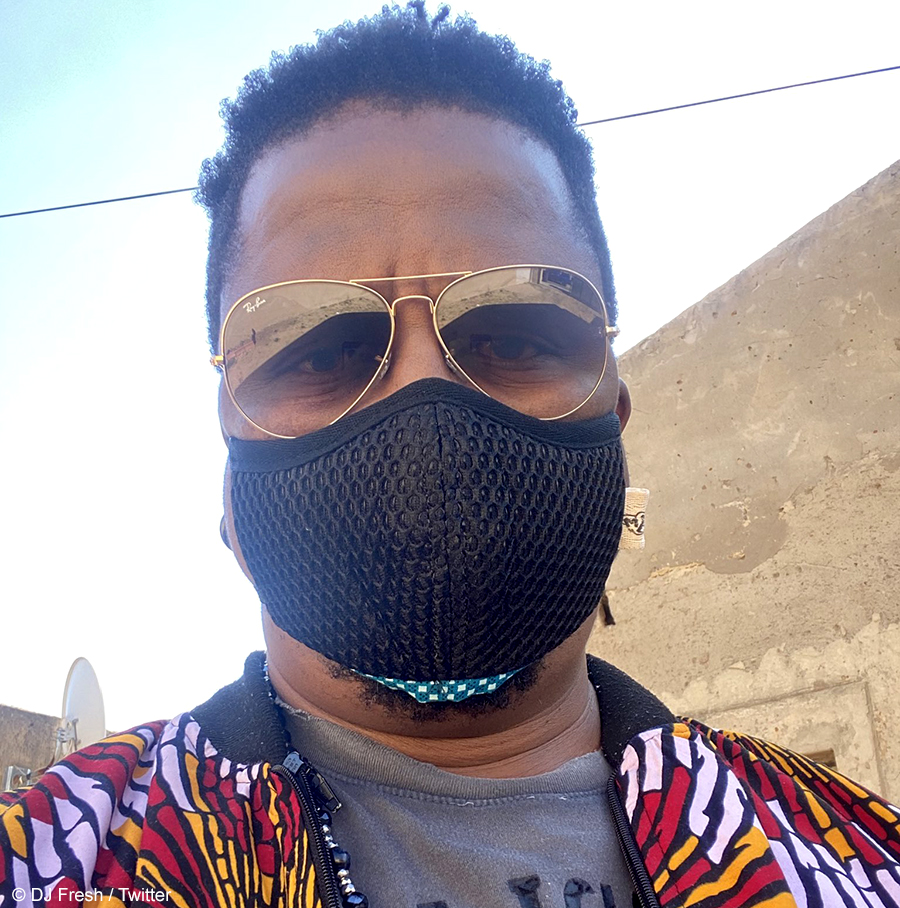 DJ Fresh is amongst the scores of people paying tribute to the fallen radio legend, Bob Mabena, following confirmation of his passing after a short illness.

DJ Fresh is amongst the many influential radio and television personalities who celebrated the late Bob Mabena’s contribution to broadcasting, following news of his passing on Monday, 10 August 2020. The radio legend reportedly passed after a short illness relating to a lung procedure he underwent.

The Big Dawg’s first appreciation post detailed how Bob guided him through his first television hosting job, and in his early days at Metro FM. He then shared various moments of them together over the years, which revealed that besides a deep professional respect for one another, they had a brotherly relationship as well.

The last radio station that Bob worked for was Power FM. In honour of his life, his breakfast show team left his chair empty and lit a candle in his memory.

Thanks for making radio effortless! For being patient with this kid, when he so badly wanted to join U @ Radio Metro, & kept giving you demos 🙈 For the texts of encouragement when I started at YFM! For welcoming me to TV with open arms & zero attitude! IT HURTS 💔 #RIPBobMabena pic.twitter.com/sufzRIgBEJ

The legends of #RadioBOP are reunited 😔🥺 incredible how #AldrinMogotsi was also very kind to me! When I took my Demo to Radio BOP in 93, HE facilitated my meeting with Modisane Modise! THEN took me down the road to meet the legendary Rex Rabannye!!
He really didn’t have to 🤷🏿‍♂️ pic.twitter.com/DnQ25nZ8M2