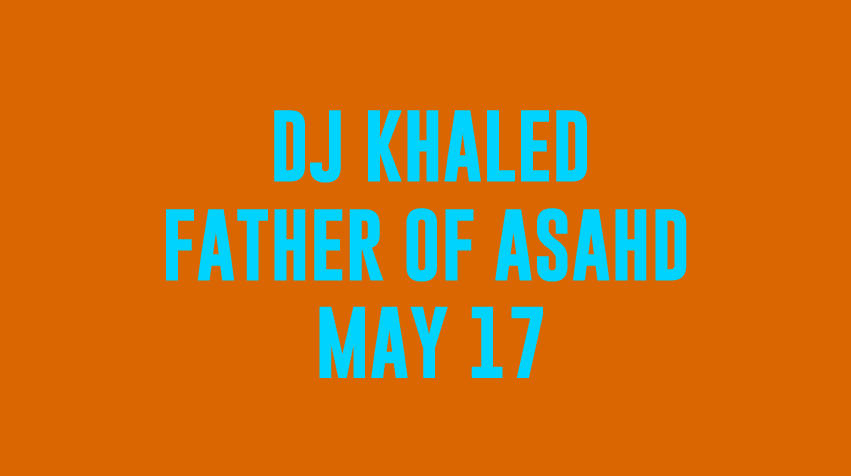 In an official press release published on Monday, 13 May 2019, it was confirmed that the hip-hop mogul will be releasing a documentary titled Father Of Asahd: The Album Experience.

The documentary is scheduled for release on Friday, 17 May 2019, and will accompany the release of his album, Father Of Asahd, on the same day. The documentary offers an inside look into what promises to be DJ Khaled’s biggest record yet. The documentary is said to feature fellow hip-hop heavy weight Jay Z, who is expected to comment on the DJ’s music and the album’s output.

Father of Asahd features the DJ’s 2018 summer anthem No Brainer, featuring Justin Bieber. No other songs from the album have been released although according to The Fader, collaborations with Cardi B, Big Sean and J. Balvin are to be expected.

According to the official press release, the DJ has teamed up with entertainment and media streaming giant TIDAL to release both the album and the documentary. The press release states, “Leading up to one of 2019’s most anticipated album releases, Father of Asahd, DJ Khaled is partnering with TIDAL to treat members to a series of exclusives highlighting the journey of creating Father of Asahd. Alongside the album, TIDAL will release an exclusive documentary, Father of Asahd: The Album Experience, showcasing the making-of the album on May 17th.”

The streaming site released the trailer for the upcoming documentary on Monday, 13 May 2019, which shows a quick-scene edit with high energy music, and short features from artists such as Big Sean, Jay Z and J. Balvin. The trailer also includes snippets of the making of his music videos and behind-the-scenes footage of him in the studio.