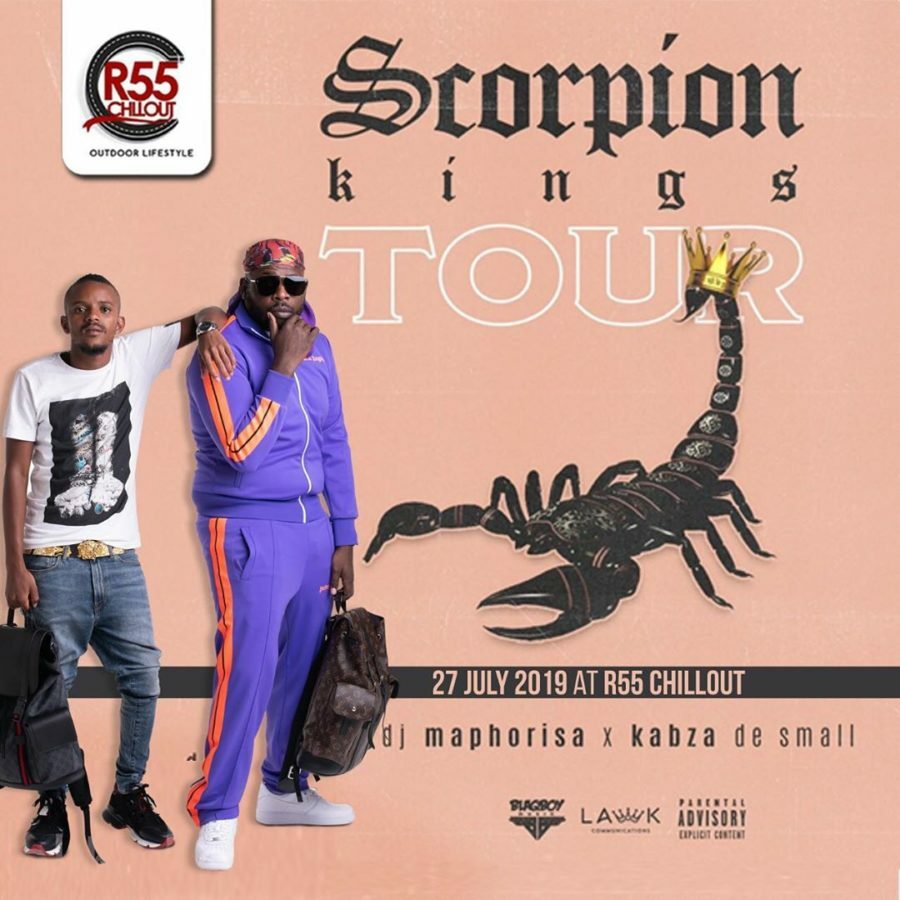 DJ Maphorisa and Kabza De Small continue to share the dates for their joint Scorpion Kings Tour, and the latest added date is Saturday, 27 July 2019, in Centurion.

DJ Maphorisa and Kabza De Small officially released their joint album, Scorpion Kings on Friday, 5 July 2019. Although the duo had already started touring with their joint album ahead of its official release, it seems the popularity of the music has enabled the duo to continue adding tour dates to their initial 16 stops that they had announced on Monday, 10 June 2019, through their social media pages.

The first additional date that the two announced was on Friday, 12 July 2019. The additional tour stop is set to take place on Saturday, 27 July 2019, at the R55 Chillout in Centurion. The news was shared through the release of the tour stop’s promotional poster, which features the two DJs with all the official information included on the poster.

Following the reveal of the Centurion tour stop, the duo revealed that they would also be playing at the Mustown Shisanyama and Car Wash in Limpopo on Saturday, 20 July 2019. The last additional tour stops that have been added are for Friday, 26 July 2019 at the Lizard Entertainment in Francistown and The Cigar Lounge in Gaborone on Sunday 28 July 2019.

Besides these additional tour stops, their next tour date is for Friday, 19 July 2019, where the two will perform at Taliban in Ga-rankuwa and forms part of the initial tour dates.