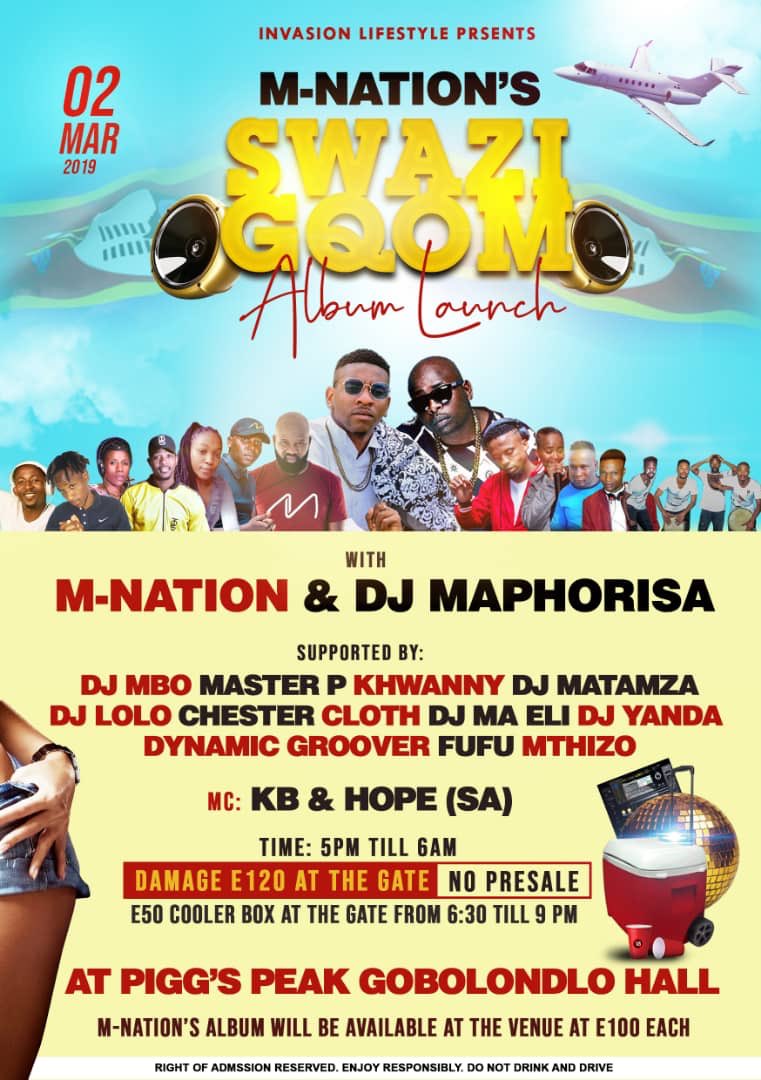 Prominent artist in the South African Gqom music scene DJ Maphorisa, will be joining Swaziland’s M-Nation as he celebrates the release of his brand new Swazi Gqom album.

DJ Maphorisa announced in a tweet on Wednesday, 6 February 2019 that he would be the headlining act at M-Nation’s Swazi Gqom album launch.

Locally, the DJ is set to perform at the Back 2 Alex event on Thursday, 7 February 2019. Maphorisa is a popular artist and is regarded by many as one of the pioneers of the South African Gqom music genre. The musician has worked with the likes of K.O, Moonchild Sanelly, Mlindo The Vocalist, Zulu Mkhathini, DJ Shimza, Dladla Mshunqisi and Sho Madjozi. He is also credited for hits like iWalk Ye Phara, Amablesser, Midnight Starring and Makhe.

The DJ has had much success on the international scene, working with US DJ duo Major Lazer to produce the hit song Particula which features Nasty C, Ice Prince, Patoranking and Jidenna. The 2017 song is the lead single on the soundtrack for Major Lazer’s documentary Give Me The Future. The song was an instant hit and the DJ celebrated reaching over 49 million views on YouTube for the music video in an Instagram post on Thursday, 17 January 2019.

M-Nation’s album will be available for purchase at the venue for E100 per copy. There are no pre-sale tickets. Tickets are available at the door, retailing at -E120. Cooler boxes will be allowed into the venue at a price of E50 from 6:30pm to 9pm.