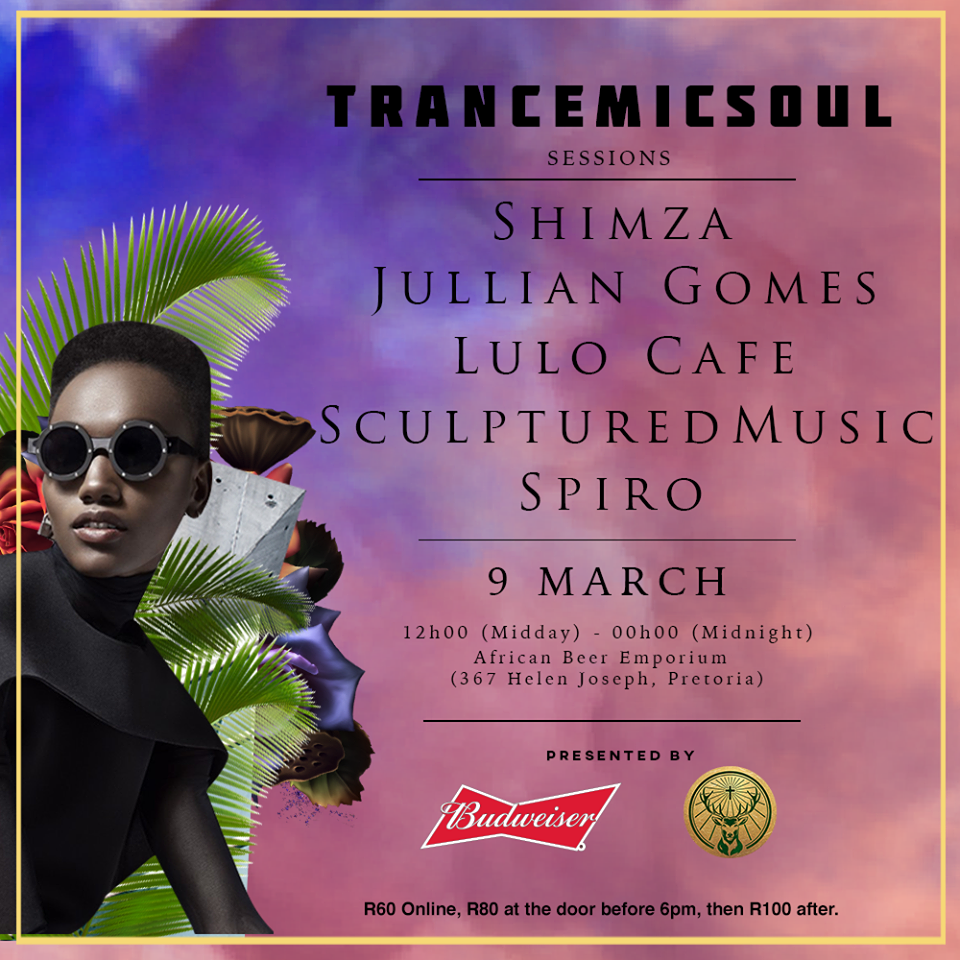 DJ Shimza is set to headline the Trancemicsoul Sessions taking place at the African Beer Emporium on Saturday, 9 March 2019, alongside four other DJs.

DJ Shimza was recently one of the headlining acts at the Ultra South Africa Festival and will now headline another event this coming Saturday, 9 March 2019. The Trancemicsoul Sessions are hosted monthly and feature a variety of DJs on their line-up. This upcoming edition will feature four other DJs alongside DJ Shimza.

The event is the brainchild of Pretoria-born deejay, DJ Trancemusicsoul who started deejaying at 17-years-old for a school social. Soon after, he started collecting vinyls and playing at other socials. Trancemicsoul has an eclectic musical taste, which he describes as “melancholic and deep and soulful”.

His big international breakthrough came when he was chosen to be a part of the Red Bull Music Academy, where he travelled to New York to learn how to be better at what he does. His success he has shared with the rest of South Africa with his partnership with Red Bull and Jagermeister in producing his sessions, providing opportunities for other DJs.

Tickets are available for purchase on Plankton online.

The first 300 people to sign up will receive free tickets. From then onwards a ticket will cost R60 online and R80 at the door before 6pm. After 6pm tickets will cost R100.