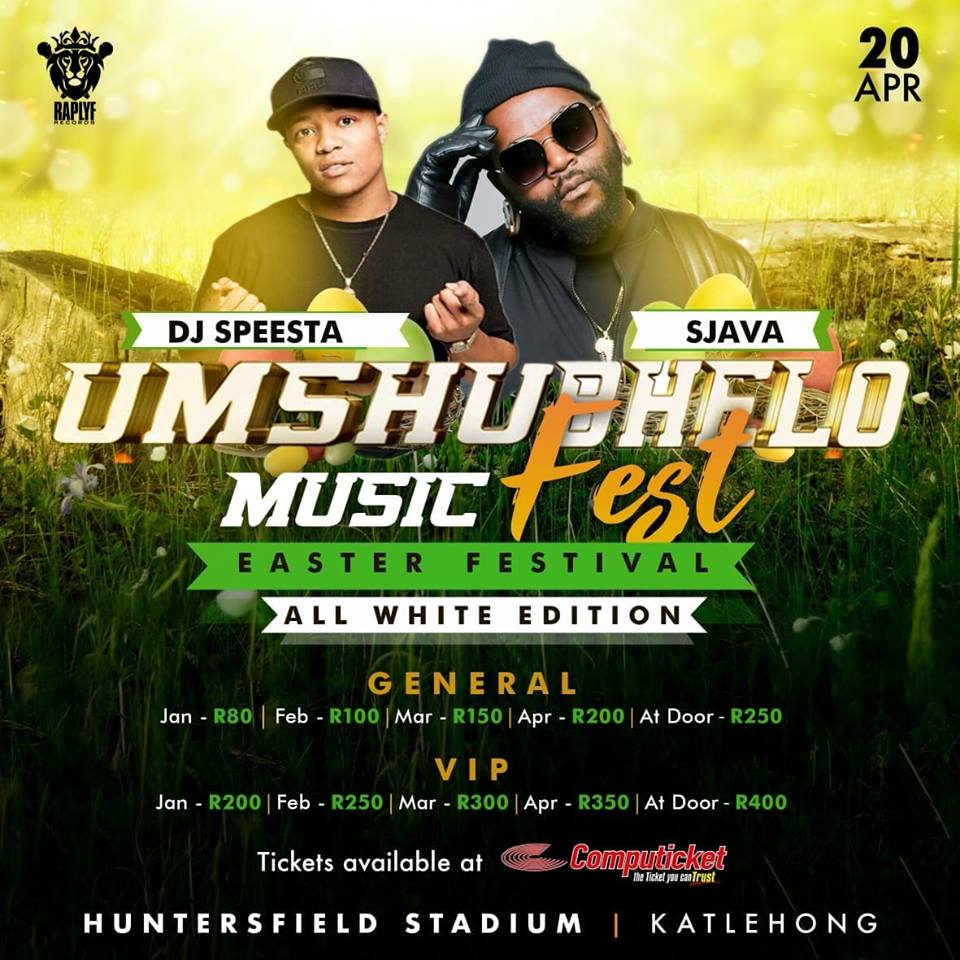 The two will be performing at the festival during the Easter holidays, alongside the likes of Bucie, Ms Cosmo, Mobi Dixon and Major League DJz.

Kwesta announced on Facebook on Wednesday, 30 January 2019, that musicians, DJ Speedsta and Sjava, have been added to the Umshubhelo Fest line-up.

The festival is in its fourth year and will take place at the Huntersfield stadium on Saturday, 20 April 2019. The upcoming festival is in celebration of the Easter holiday.

Kwesta, whose real name is Senzo Vilakazi, has been announcing new additions to the line-up on a daily basis. DJ Speedsta and Sjava are the latest additions, following the announcement on Tuesday, 29 January 2019, that Bucie and Ms Cosmo will be performing at the event.

Sjava boasts a SAMA and a Metro FM award for his debut album, ‘Isina Muva,’ released in 2016. He also won the awards for Rising Star at the DSTV Mzansi Viewers’ Choice Awards in 2017 and Viewers’ Choice Best International Act at the 2018 BET Awards.

The singer released his sophomore album titled Umqhele in December 2018, which was well-received by fans and music-lovers. The musician will be performing some of his music at the Love Potion event Carnival City Big Top Arena in Gauteng on Thursday, 14 February 2019.