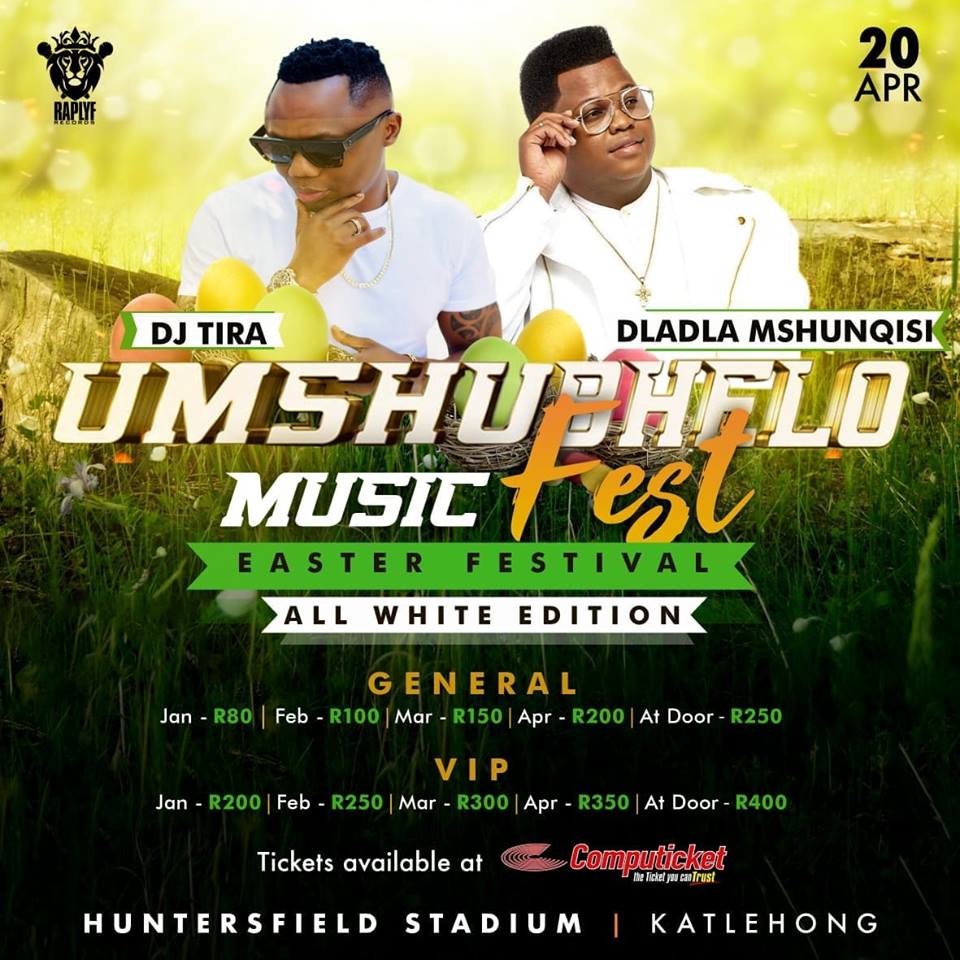 The two artists are the latest additions to the event’s line-up, following the recent announcement that Prince Kaybee and Busiswa would be performing at the event.

Rapper and co-owner of Raplyf Records, Kwesta, has on Tuesday, 22 January 2019, announced the addition of two more artists to the line-up of the upcoming Umshubhelo Fest.

Popular artists, DJ Tira and Dladla Mshunqisi, are two of the four artists who have been confirmed to perform at the fourth edition of the Umshubhelo Fest, organised by Kwesta’s record company, Raplyf Records. The show will take place at the Huntersfield Stadium in Katlehong on Saturday, 20 April 2019.

DJ Tira and Dladla Mshunqisi have worked together before on songs like Pakisha and Ukhona, where DJ Tira is a featured artist. The event will be in celebration of the Easter holidays. The rapper promised fans that they would experience a Good Friday celebration –  more exciting than anything they’ve ever experienced before. The Ngud’ hit-maker has been giving fans daily updates about the event.

The musician, whose real name is Senzo Vilakazi, has so far revealed that the event will be an all-white party, where Prince Kaybee and Busiswa will also be performing. Tickets to the show will be sold in phases. The first phase of tickets will be sold in January 2019 at a cost of R80 and R200 for general and VIP tickets respectively. Early bird and VIP tickets are extremely limited.