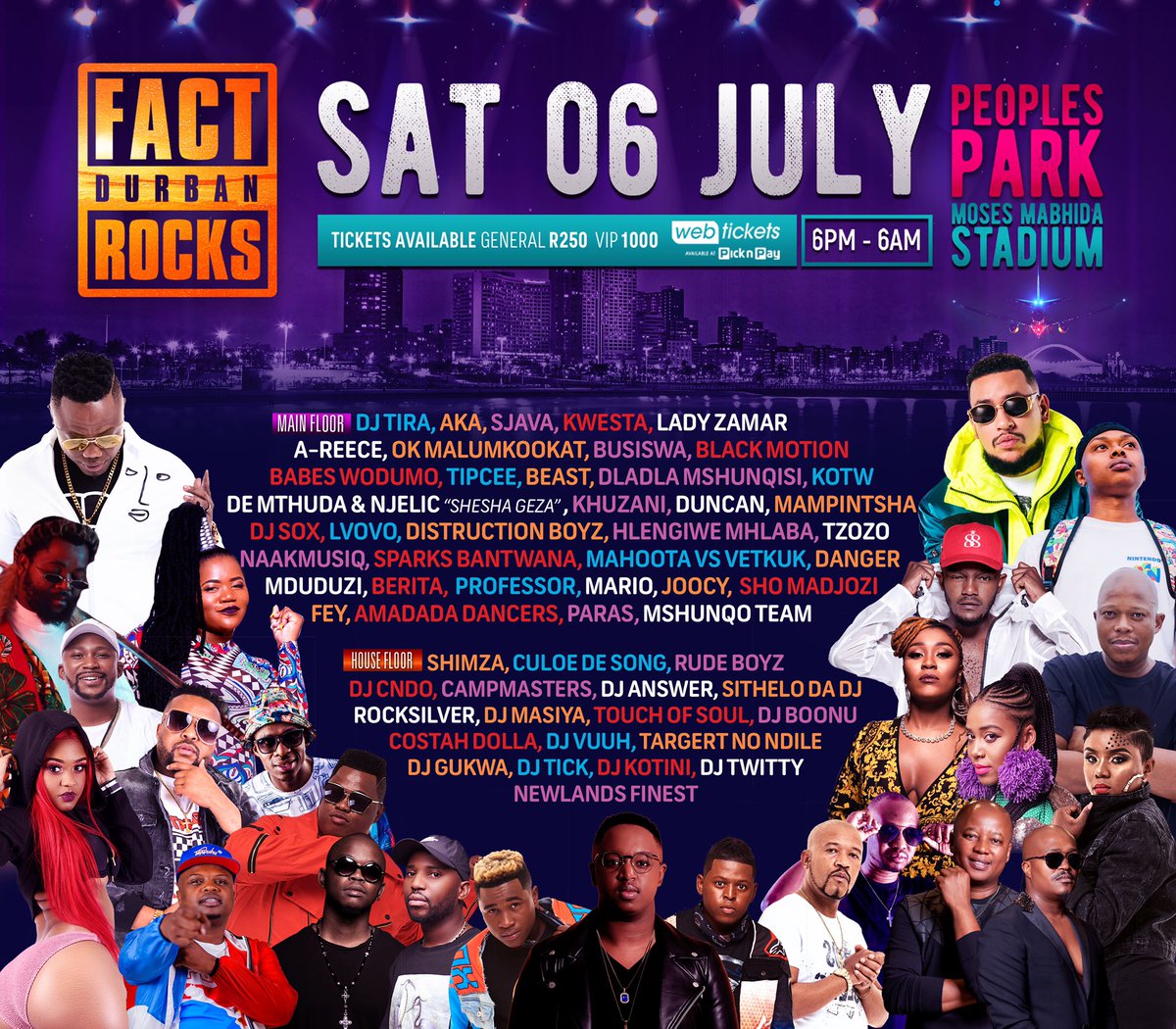 Durban-based DJ and Afrotainment owner, DJ Tira, is counting down the days to the Durban July edition of his Fact Durban Rocks concert. The concert has a line-up of over 60 acts that will take the stage during the 12-hour musical concert, featuring some of the most celebrated names in South African music. The concert will take place at the People’s Park at the Moses Mabhida Stadium on Saturday, 6 July 2019.

After teasing fans through the roll-out of the names of the artists that will perform, the final poster with all the names of the performing artists was released through Fact Durban Rocks’ social media channels on Friday, 7 June 2019. The poster revealed that the concert will have two stages – the main stage and the house floor.

The main stage will feature artists that currently have popular songs like DeMthuda and Njelic with their amapiano hit song Shesha Geza, and popular artists that are generally in demand. Some of the most notable names that will take the stage include Lady Zamar, Sjava, Babes Wodumo, A-Reece, AKA, Okmalumkoolkat, Busiswa, Black Motion, Duncan and Tipcee. Over 30 artists will perform on the main stage.

The second stage, which is the house floor, will feature a host of popular DJs from a variety of house genres like deep house, afro beats, gqom and amapiano. Some of the most notable names that will be playing on the house floor include Shimza, Culoe De Song, Rude Boyz, DJ Cndo, Campmasters and DJ Answer.

Doors to the concert open at 18:00. Tickets are available for purchase on Webtickets.