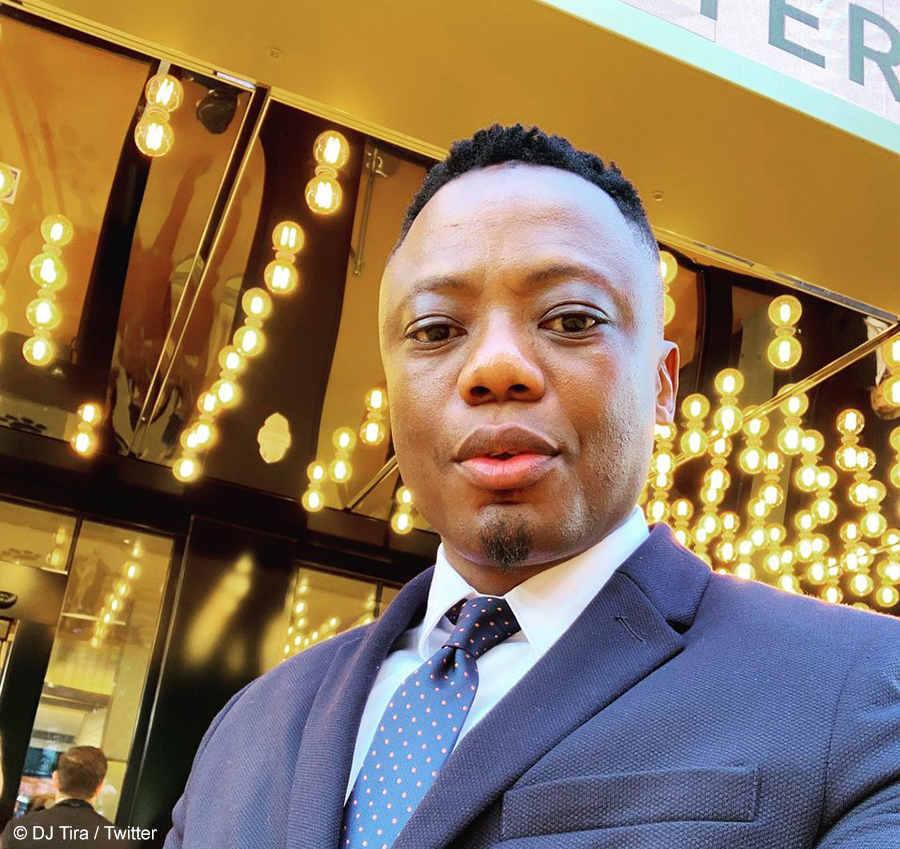 DJ Tira has announced plans to release his new single, From Afro With Love, featuring Duncan, Joocy, Beast and Kwesta, ahead of the release of his upcoming album in August.

Since DJ Tira returned from his London trip, the DJ is not resting on his laurels. DJ Tira took to his Twitter account on Thursday, 18 July 2019, to reveal that he is about to release a new single which will be called From Afro With Love, and will feature hip-hop artists, Duncan, Beast and Kwesta, along with male vocalist, Joocy. He detailed that he would be releasing the song on Friday, 26 July 2019, promising to share a snippet of the song later today.

The surprise announcement of a new single comes a week after the DJ released his latest single, Thank You Mr DJ, featuring continued collaborator, Joocy, which was released on Friday, 12 July 2019. Not only is his latest single a week old, DJ Tira is set to start his promotional tour for the single on Friday, 19 July 2019, at the Wave Café in Empangeni, KwaZulu-Natal.

In his caption, Tira challenged Sisters With Soul to release a response record to his pending release. Sisters With Soul is the women-centred musical concert that is set to take place on Saturday, 31 August 2019, spearheaded by Afrotainment and Tira himself. So far, DJ Tira has announced only two headliners for the upcoming concert, which include vocalist Amanda Black, and celebrated female DJ, Zinhle.

DJ Tira revealed that he will be releasing his new studio album in August 2019 when he was promoting the release of Thank You Mr DJ. The release of From Afro With Love will likely mark the last single he releases before the album is available for purchase.

At the time of publication, DJ Tira had not released the preview of the upcoming single.