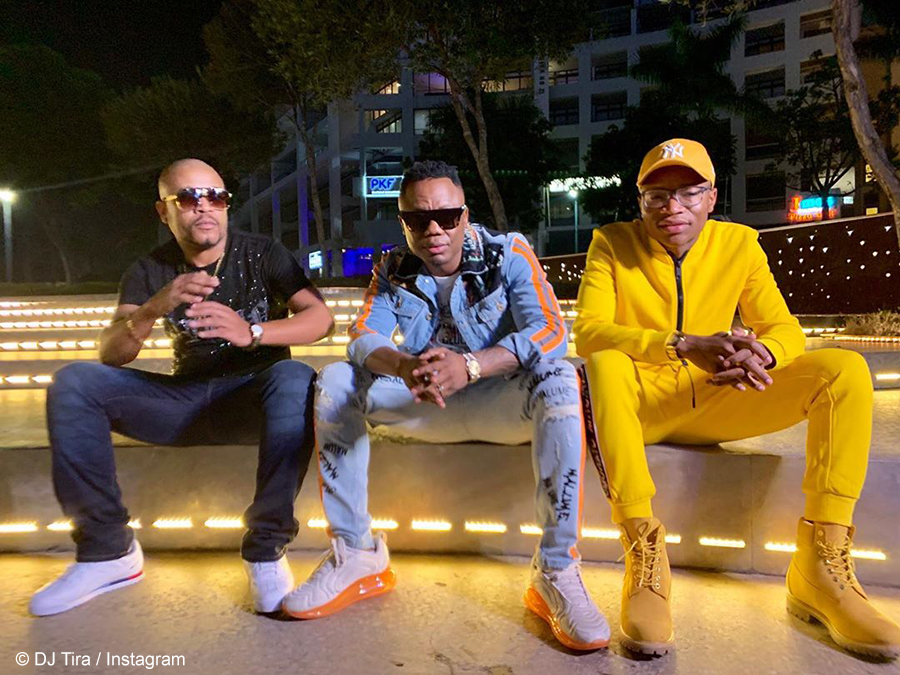 DJ Tira took to his Instagram page to reveal that he is shooting the music video for his current single, Thank You Mr DJ, featuring Joocy.

Celebrated producer, DJ Tira, released his latest single, Thank You Mr DJ, featuring Joocy, on Friday, 12 July 2019. Following the release of the single, the DJ embarked on a three-day tour for the single, which started on Friday, 19 July 2019. Now, the Amachankura hitmaker has taken to his Instagram page to share that he is currently shooting the music video for the single.

On Monday, 22 July 2019, DJ Tira posted an image for his one million Instagram followers, featuring himself, Joocy and fellow producer and DJ, Master KG, seated and posing for the camera. The image was taken in Umhlanga Rocks in KwaZulu-Natal but does not reveal much about the music video. However, it was DJ Tira’s caption that revealed they were shooting a music video.

In his caption, DJ Tira stated, “#ThankYouMrDJ video shoot (with) Joocy, DJ Tira (and) Master KG…” He added a video camera and clapper emoji at the end of his caption. Interestingly, Master KG’s involvement in the music video is a mystery as the artist is not featured on the actual song.

DJ Tira was not the only one to share images of the three of them together. Joocy also shared an image of the trio, taken from a different angle, and announced the imminent release of the music video. Master KG posted his own image and did not reveal his involvement in the music video, but simply stated, “Rolling with the best. DJ Tira (and) Joocy. #ThankYouMrDJVideoShoot”.