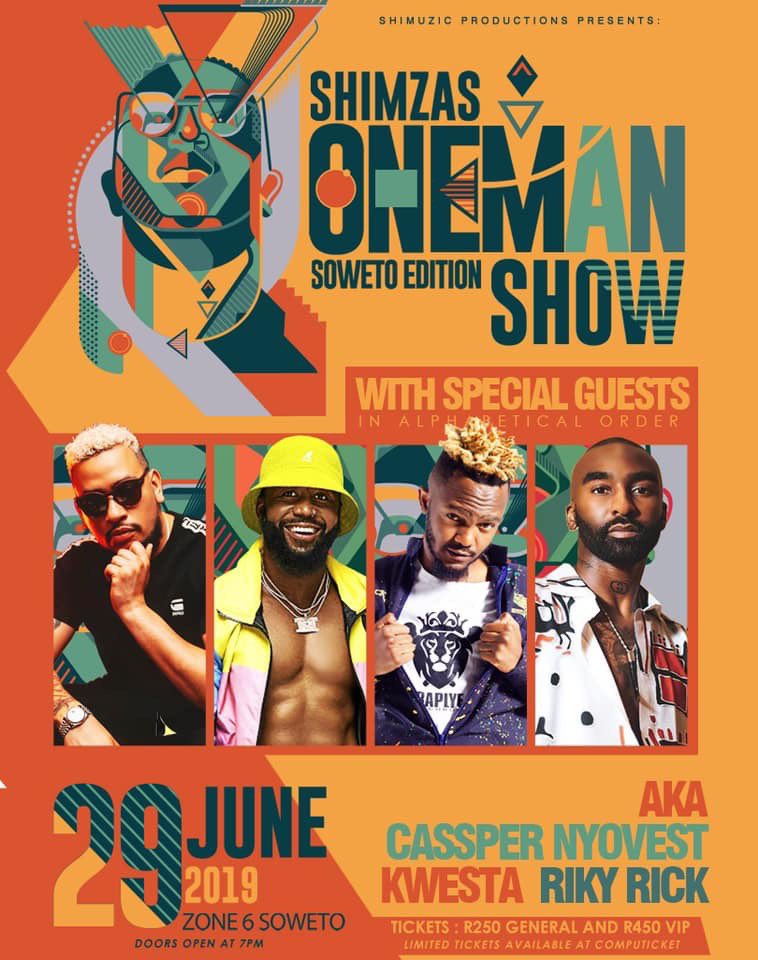 In a video posted by Afrotainment founder DJ Tira, the DJ hints at possibly being the surprise act for the Soweto edition of DJ Shimza’s travelling one-man show.

On Monday, 10 June 2019, DJ Shimza shared a 20-second video clip that featured him and Durban-based producer and DJ, Tira, standing outside at a parking lot. The video, which was taken by DJ Tira, features him promoting Shimza’s upcoming Soweto edition of his travelling One Man Show that will take place at Zone 6, Diepkloof on Saturday, 29 June 2019. Besides promoting the show, DJ Tira jokingly asks if Shimza would book him for the show as a surprise additional act to the four headlining acts that were already announced.

Although Shimza did not directly respond in the video, he later posted the video with a touching, heartfelt message that encourages fans to believe that DJ Tira might just play the decks during Shimza’s One Man Show, Soweto edition. In the caption, Shimza thanks DJ Tira for his constant support throughout his career, and continues to tease the event’s attendees, alluding to a possible invitation that might be extended to DJ Tira.

Since sharing the video across his social media pages, the DJ has amassed over 25 000 views on his Instagram page, and over 2 000 likes and 200 retweets on Twitter. Many of his followers were split between excitement and disappointment, lamenting that the video spoiled the surprise of seeing DJ Tira at the one man show.

If DJ Tira does surprise fans with a performance, he will be the fifth artist taking the stage during the show, besides Shimza. The four other supporting acts include AKA, Cassper Nyovest, Kwesta and Riky Rick. Tickets for the show are selling out fast, with Shimza recently reporting that are only seven VIP tickets were left on Monday, 10 June 2019.