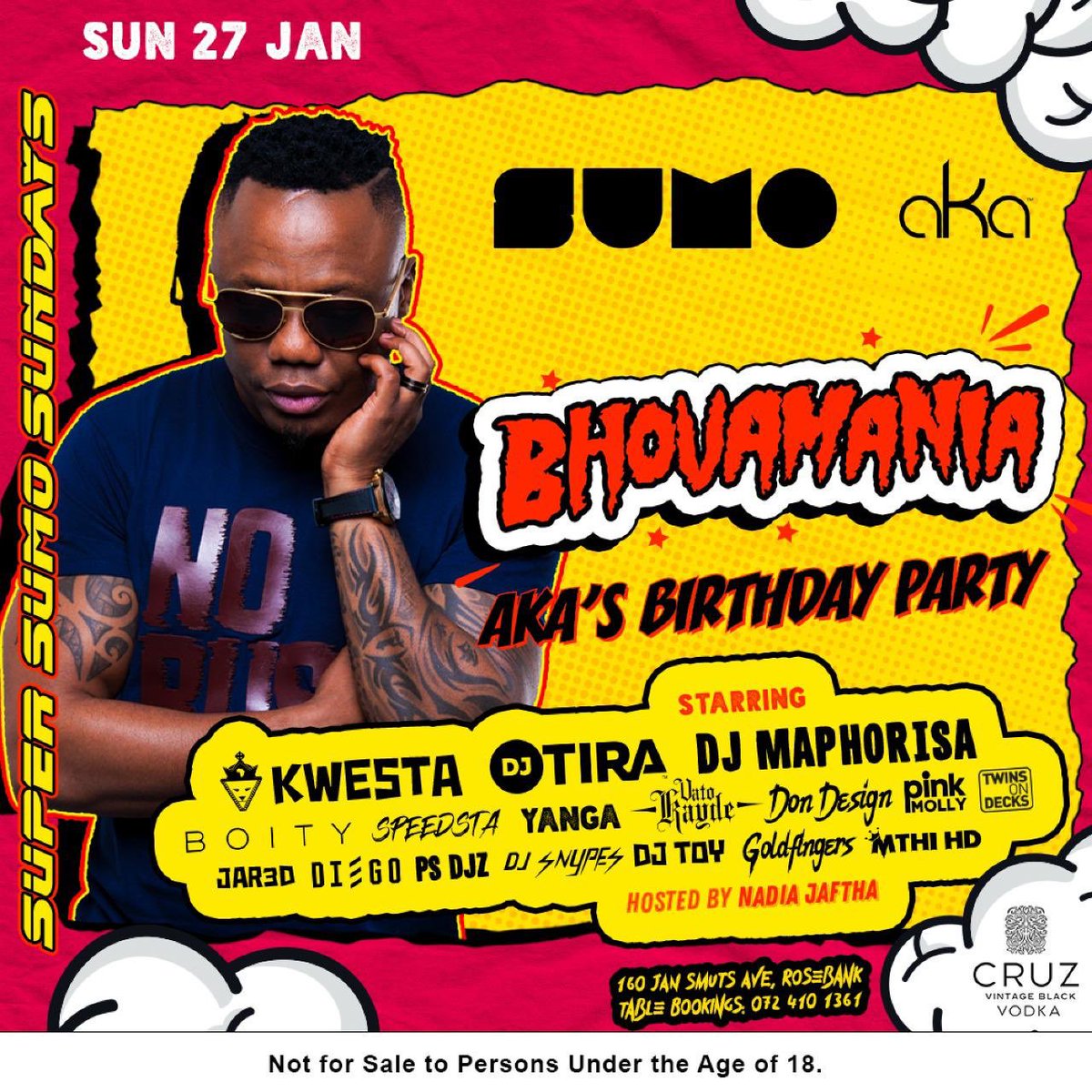 The DJ will be one of many artists helping the star kick off his birthday celebrations before AKA embarks on the Bhovamania Birthday World Tour.

DJ Tira announced on Twitter on Tuesday, 22 January 2019, that he would help rapper AKA celebrate his birthday at Sumo nightclub in Rosebank.

The DJ promised an exciting show for the birthday celebration that will take place on Sunday, 27 January 2019. The party was marketed under the banner of Bhovamania and would form part of the club’s Super Sumo Sundays.

DJ Tira has had a busy month so far. On Friday, 18 January 2019, he released a single with Tanzanian singer, Vanessa Mdee. The song titled, ‘That’s For Me’ also featured Distruction Boyz and Prince Bulo.

The DJ announced today, Tuesday, 22 January 2019, that he will be performing at the CCI Awards at the Durban ICC on Saturday, 2 February 2019. Khanyi Mbau, Okmalumkoolkat, Nasty C, AKA, Dladla Mshunqisi, Kenneth Nkosi, Tipcee and Boity will all be making appearances at the event.

AKA will continue his birthday celebrations with the Bhovamania Birthday World Tour set to take place during the months of January and February 2019. The star will be visiting seven cities around the world; six of them on the African continent and one in the Middle East. The rapper will also have a concert in Pretoria in March 2019 backed by a 30-piece orchestra.