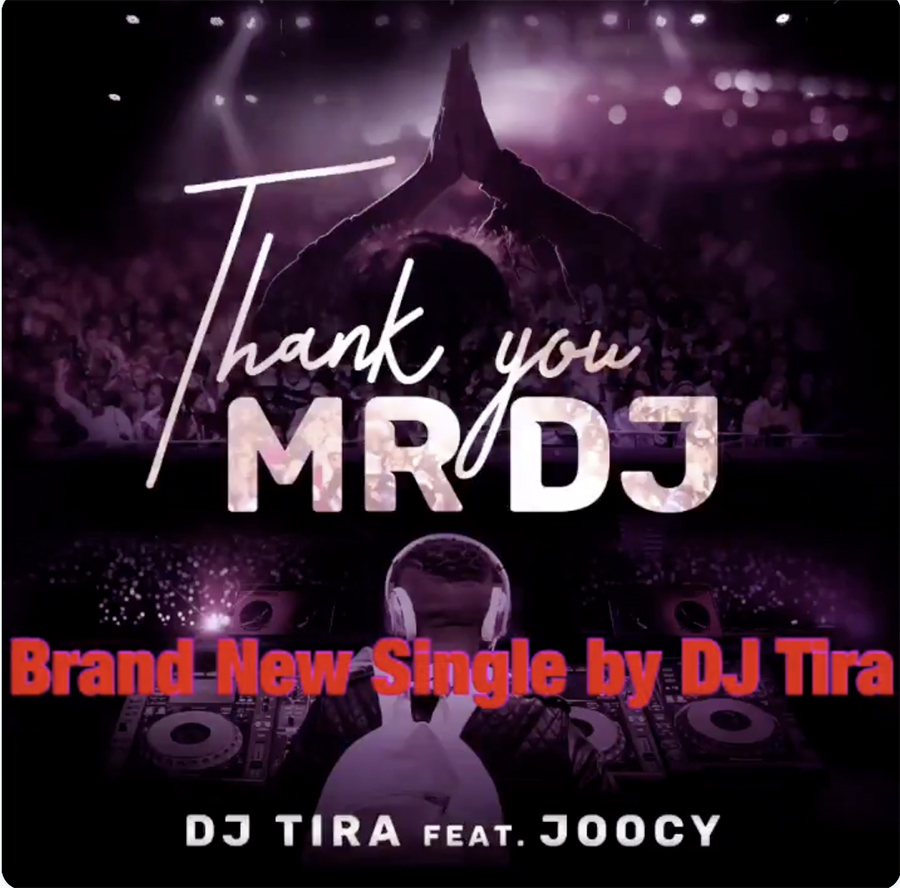 On Wednesday, 10 July 2019, DJ Tira, shared that he was ready to release his second lead single for 2019, which will be called Thank You Mr DJ on Friday, 12 July 2019. The song will feature his Afrotainment signee, Joocy. The single is the second release from the DJ’s upcoming, yet to be named, studio album.

DJ Tira shared the news of the upcoming single by posting a snippet of the song with its cover art across his social media pages. The video shares information about the DJ’s musical plans for the coming month. It also details the name of the song, when it will be released and announces that his new full-length studio album will be released in August.

The first single that DJ Tira released from the upcoming album was Amachankura, featuring producer and vocalist, TNS, which he debuted on Friday, 1 March 2019. The single was released with the visuals simultaneously, and the video sits with over 215 000 views on YouTube. The release of Thank You Mr DJ will mark the last independent single before he reveals all the details about his upcoming studio album.

Watch the Thank You Mr DJ teaser video below.

Finally the smash is landing this Friday #ThankYouMrDJ 🙏🏽 I dont have much to say but sohlangana emakethe!!!!