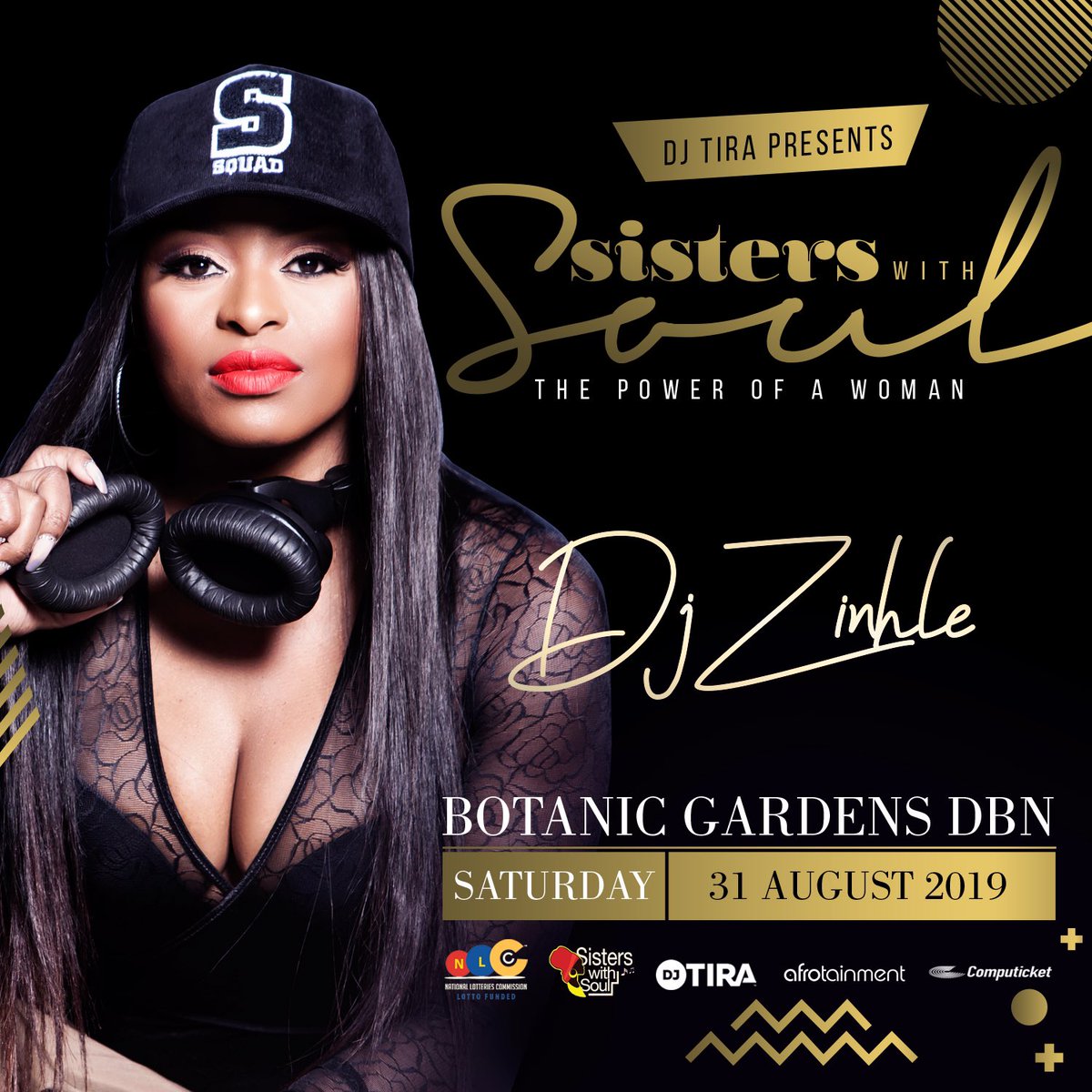 Popular South African artists, DJ Zinhle and Amanda Black, have been announced as the headlining acts for DJ Tira’s Sisters With Soul concert, set to take place in August.

Durban-based DJ and producer, DJ Tira, has created a female-centred concert that is meant to “celebrate women in power and doing great in music industries.”  The concert will be called the Sisters With Soul concert, with the first two headliners for the concert having been revealed on Monday, 24 June 2019. Making the headlining roster is female DJ and producer, DJ Zinhle, and afro-soul singer and songwriter, Amanda Black. The concert is set to take place on Saturday, 31 August 2019 at Durban’s Botanical Gardens.

Through individualised promotional posters, Amanda Black was the first artist revealed as a headliner for the concert. Amanda Black is currently promoting her latest single, Thandwa Ndim, whose music video was released in May and currently sits with over 100 000 views on YouTube. Although DJ Zinhle’s latest single was released earlier in March called Against The Grain, featuring Bonj, she has been travelling and performing at major concerts like the BudX’s The Lab touring festival.

After the aforementioned reveals, DJ Tira assured followers that there would be more headlining artists to be revealed in the coming weeks,  captioning his post, “100 percent all-star ladies line up…. question is who is next,” prompting fans to guess who else would make the line-up.

Other artists expected to perform at the concert, revealed through Computicket’s website, include Afrotainment artist, Tipcee, and popular house sensation, Busiswa.

Tickets are available for purchase on Computicket, retailing between R150 and R250.