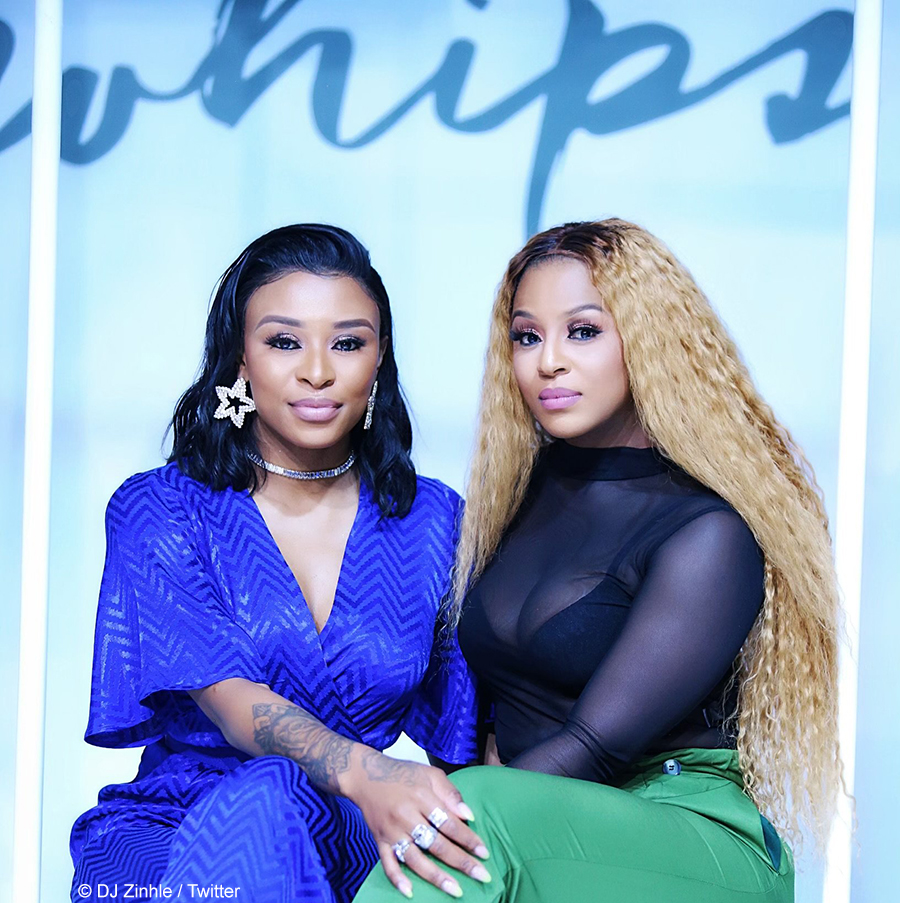 DJ Zinhle has responded to her trending status on Twitter after being ridiculed for spending time with Jessica Nkosi, with some users labelling her the face of women who have been cheated on.

The Umlilo hitmaker to took Twitter and posted an image of herself and Jessica Nkosi on Thursday, 19 September 2019. DJ Zinhle used her caption to show that she was unbothered by social media’s attempts to ridicule her for spending time with long-time friend and actress, Jessica Nkosi. Her caption read, “Something tells me you all are going to need this picture today,” adding laughing emojis at the end of her caption.

The deejay was labelled a clown on Twitter after one social media user shared a video she had posted of herself and Jessica together at an OLAY event on Wednesday, 18 September 2019. In the video, DJ Zinhle is sitting on the installation swing in the venue, while Jessica stands behind her singing along to the song playing in the background, alluding to her ex-partner’s alleged infidelity. The person that shared the video on Twitter captioned it with clown emojis.

Her followers marvelled at her sense of humour, with the post sitting at almost 7 000 likes and over 300 comments. The first comment on the post stated, “The [negativity] is not even funny, glad you are not as offended as I am.” A similar comment read, “Finish them Queen. You already got them shook on these Twitter streets.”

Another comment used a clever word play referencing the reason that Jessica recently made headlines, writing, “This tweet was fully masterminded by her majesty the queen aka Mama ka Kairo.” A social media user, who related to the manner in which DJ Zinhle responds to situations, said, “I have to admit that sometimes I don’t like you Zinhle. But you know what’s funny, I’m so like you. I’ve seen you handle stuff exactly as I do. It’s funny because I don’t know you. Anyway, you’re one outstanding [human] being.”

Something tells me ya’ll are gonna need this picture today 😂… @JessicaNkosi pic.twitter.com/KYKMwIr9KO