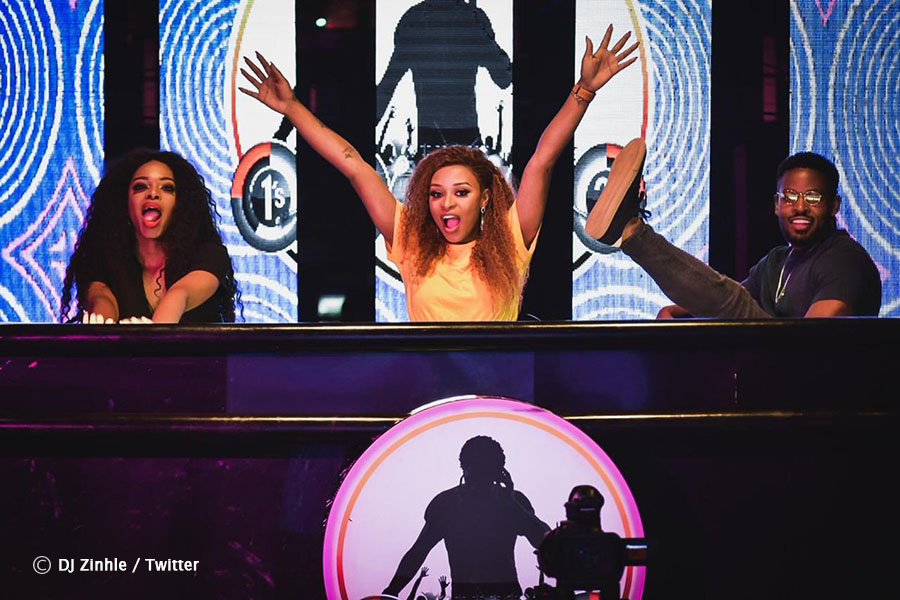 DJ Zinhle will be making a return to television screens come end of September. The former Jika Majika resident DJ has joined SABC 1’s talent search competition, 1’s and 2’s, as a judge for the show’s fifth season.

Zinhle took to social media on Thursday, 27 September, to announce her inclusion on the judging panel. “I’m super excited to announce that I have joined SABC1’s talent search show, 1’s and 2’s, as a judge. The show starts this Sunday at 6pm,” she tweeted.

Zinhle will be joined by producer Prince Kaybee as the new season’s resident judges. They will be taking over from the previous season’s judges, DJ Sphectacular and DJ Naves.

1’s and 2’s first aired on SABC 1 in 2015. The show sees the best 12 unsigned Producer-DJs (both Solo contestants and Duo contestants) battle it out in the pursuit to become South Africa’s official ‘Master of Spin’. Contestants also stand to win R150,000 worth of studio and performance equipment. Season 5 of 1’s and 2’s will air on SABC 1 every Sunday at 18:00 from 30 September.