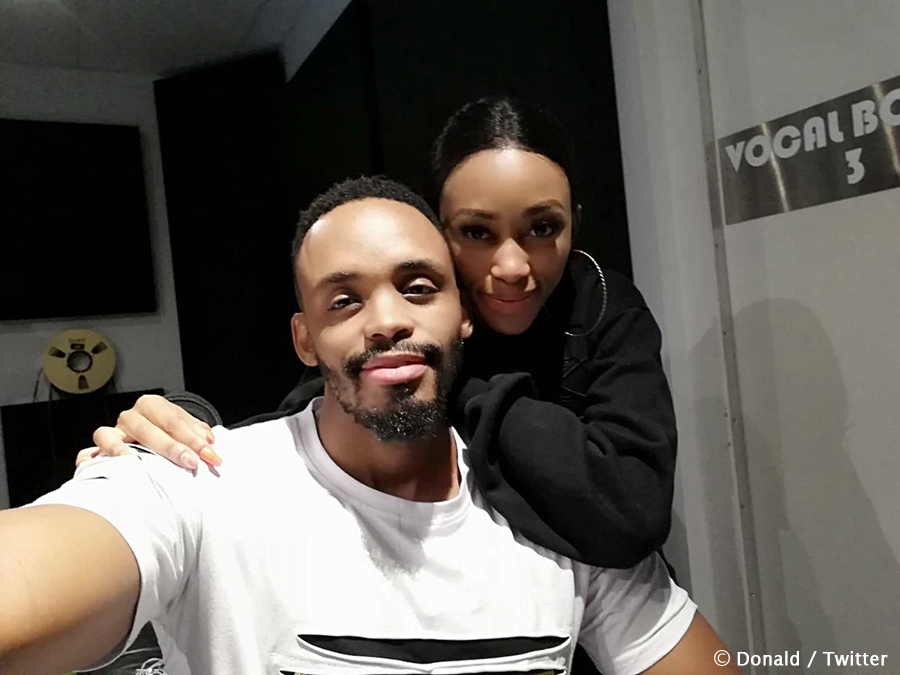 Singer Donald is currently working on his fifth studio album and has revealed that vocalist Thabsie will feature on the album.

Denial hit-maker Donald has been keeping fans in the loop on the progress he has been making while working on his fifth studio album. On Wednesday, 10 April 2019, Donald took to his social media pages to share a video and photograph of himself and his one of the artists featured on the album, Thabsie, in the studio.

The first time Donald mentioned the collaboration was on Twitter in the early hours of Tuesday, 9 April 2019. Donald wrote that he has just worked on a song with one of his current favourite artists in South Africa and tagged the Finally singer on the tweet. Following the tweet, Donald then posted the aforementioned video.

On the video posted, the two artists merely confirm their duet. On Instagram, Donald posted an image of the two of them in studio and his caption gave away the possible name of the single. He captioned the picture as “stimela sam” with the hashtag #HerNameIs.

The singer has not revealed any further information about the song, but expressed his excitement and enthusiasm for his upcoming singles and album.