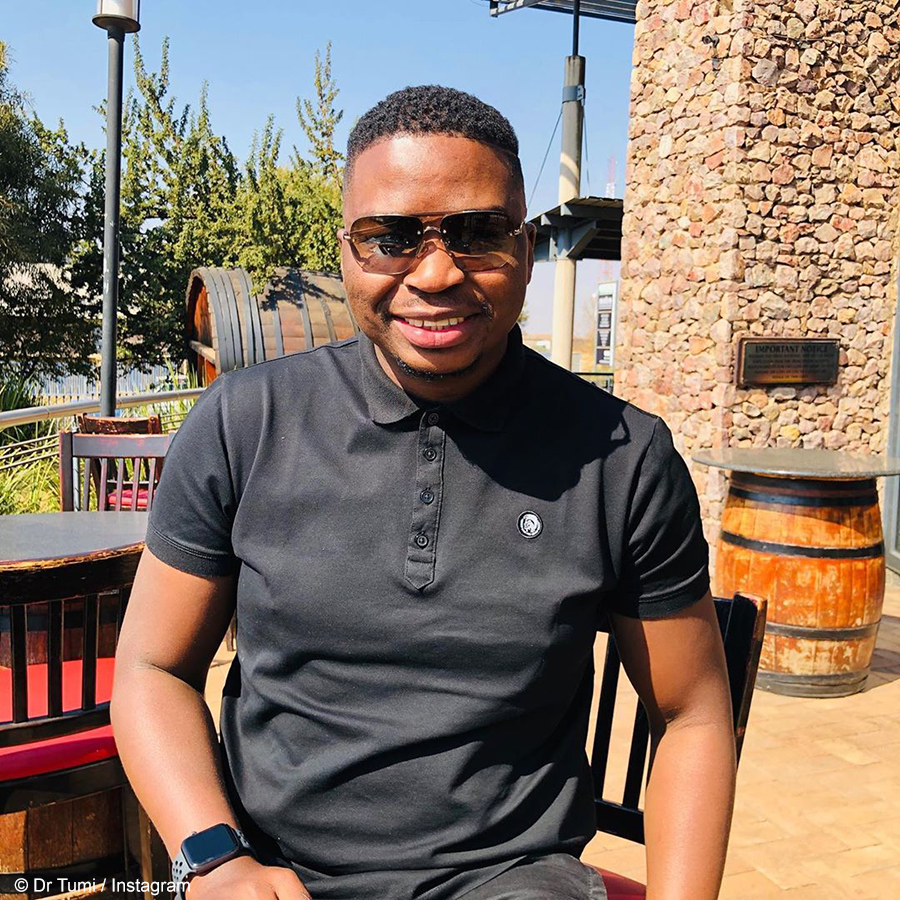 Dr Tumi has revealed that his personal icon; gospel artist, Fred Hammond, will feature on his upcoming album, as well as perform at The Gathering Of Worshippers concert.

Announcing the list of features on his yet to be released album, Love On The Cross, expected for release on Friday, 16 August 2019, Dr Tumi mentioned how much American gospel artist and acclaimed guitarist, Fred Hammond, meant to him. Through the announcement post, Dr Tumi shared the artist’s image with a touching caption.

In an excerpt of the lengthy caption, Dr Tumi reflected, “19 years ago I got introduced to the ministry of the iconic Fred Hammond through the album, Pages Of Life. He has had the single most influence on how I write. It has taken 19 years family… It is my single and greatest honour to have worked with him on the album #LoveOnTheCross and have him on a song I wrote…”

Moreover, Dr Tumi then shared on Wednesday, 14 August 2019, that his musical icon will also be part of his two-day concert, The Gathering Of Worshippers. The concert is set to take place from Saturday, 5 October 2019 to Sunday, 6 October 2019 at the Loftus Versveld Stadium in Pretoria.

Following his announcement on social media, his fans flooded his comments section with reactions to the news. The first comment was from one of Dr Tumi’s fans in Zambia who expressed their dismay at not being able to attend the concert, writing, “Doc, I have a very strong feeling you owe me an air ticket from Zambia Even a bus ticket is fine…you guys, Dr Tumi and Fred Hammond on the same stage, I can’t breathe”.

Other comments were from fans that have already purchased their tickets to the upcoming performance. One fan stated, “But what did I say to you Doc! Wow this best news ever. #GOW2019 is [going to] be all sorts of flames. Crossing fingers for others as well.” Another supporter said, “This is where I appreciate a backstage pass. I’m going to meet Fred.”

‪The ultimate dream come true. @realfredh This for me screams the grace of God. So honored 😭😭🙌🙌‬ ‪19 years ago I got introduced to the ministry of the iconic Fred Hammond through the album Pages of life. I fell in love with the gospel and gospel music that very day and got to learn so much just from listening to him. Music done with excellence and filled with the word. He has had the single most influence on how I write. It has taken 19 years fam. 19 years. Reminder that you must not give up in your dreams no matter how long they take. . It is my single and greatest honor to have worked with him on the album #LoveOnTheCross and have him on a song I wrote 🙌🙌🙌.‬ Album hits shelves on the 16th Aug across all major retail and digital stores #LoveOnTheCross

Crossing fingers for others as well 😜😜