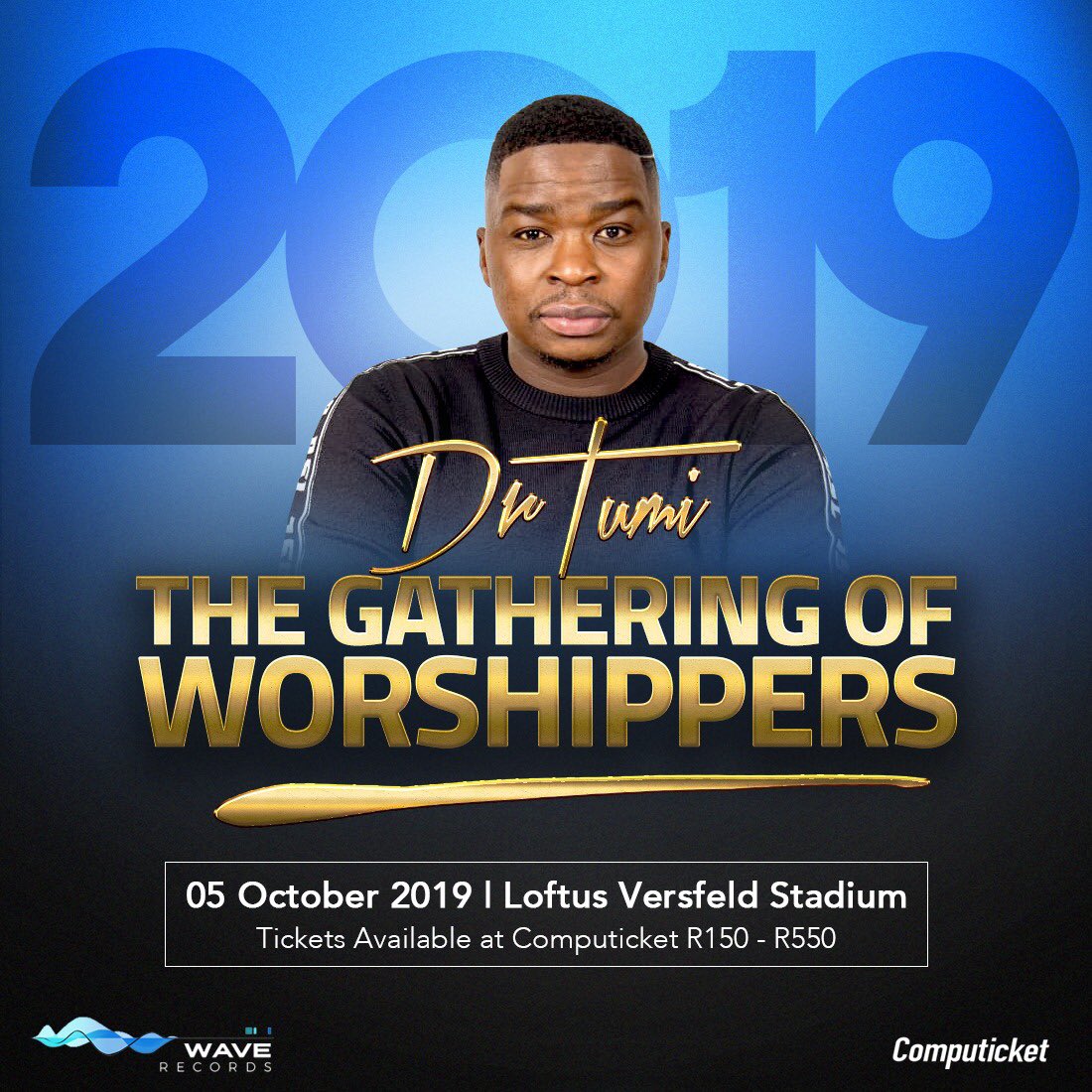 After months of promoting his annual concert, The Gathering Of Worshippers, Dr Tumi has now provided complete details for the upcoming concert.

Celebrated gospel artist, Dr Tumi, has been promoting his upcoming concert, The Gathering Of Worshippers, for months. On Tuesday, 9 July 2019, the gospel star released formal details pertaining to the availability of sales through an official promotional poster.

The poster features Dr Tumi dressed in black, against a blue background and the name of the concert, written in gold, superimposed on his image. The poster also revealed the date and venue of the concert, which is set for Saturday, 5 October 2019, at Loftus Versveld Stadium in Pretoria. The surprise reveal for the concert’s duration was announced on Dr Tumi’s caption, which formalised that the concert will be a weekend-long celebration, extending into Sunday, 6 October 2019.

Additionally, the musician announced the ticket sale prices and the early bird ticket special. In his caption to the announcement, Dr Tumi stated, “Hi fam. Excited to finally open up tickets for #GOW2019 as of this Friday. And this entire weekend will be our #GatheringOpenWeekend. All tickets will be available at half price. So make sure to reserve your seat and join thousands of worshippers from all over the continent.”

After the announcement, fans took to social media to comment on the affordability of the tickets, which range between R150 and R550. They also applauded the singer for the half-price early bird special. However, some followers lamented on the image that Dr Tumi used of himself on the poster.

Last of the details that Dr Tumi has yet to release is the line-up of headlining and supporting acts that will join him during the two-day gospel and worship concert.