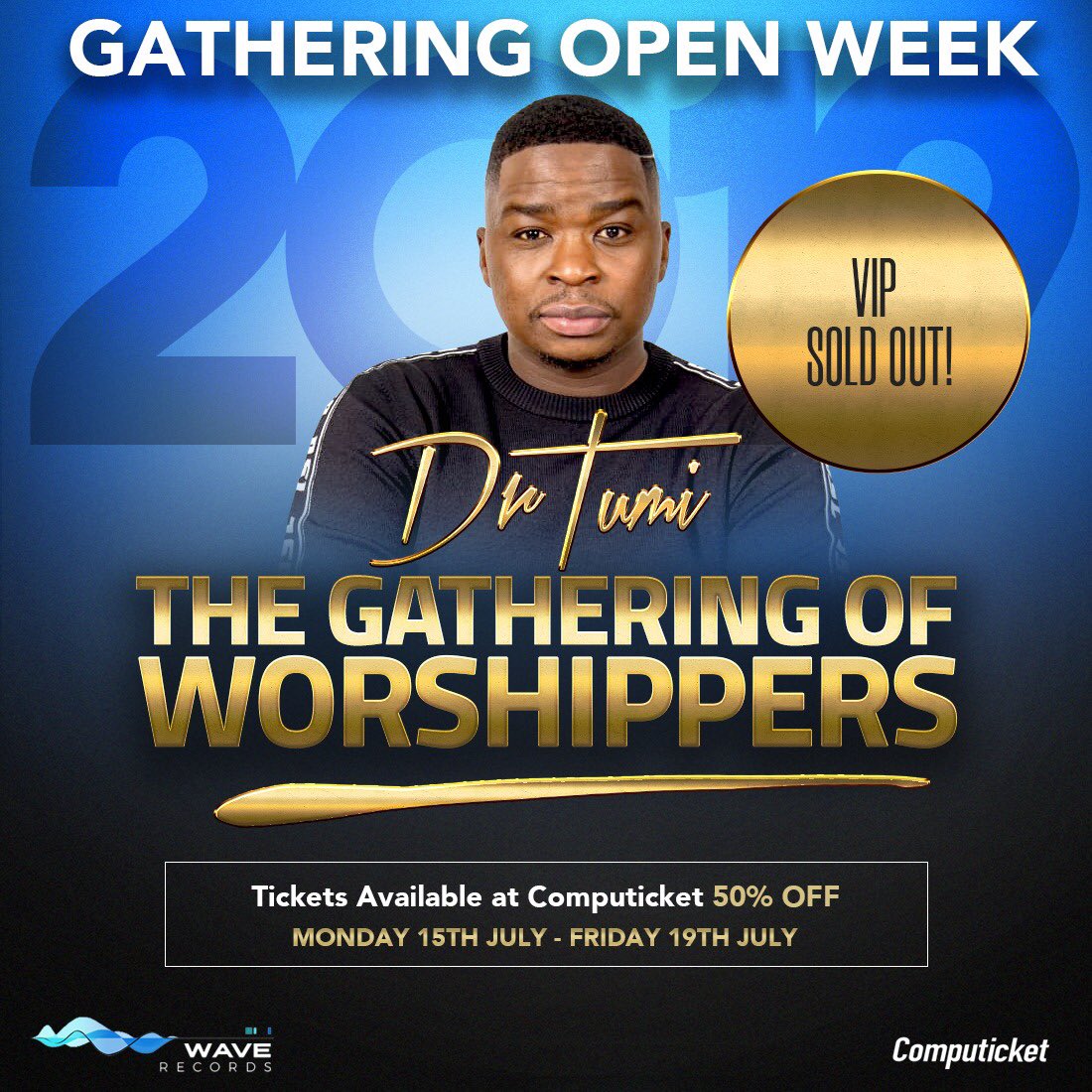 After Dr Tumi announced that tickets for The Gathering Of Worshippers  were finally available, the VIP tickets to the weekend-long concert sold out in two hours.

Dr Tumi’s The Gathering Of Worshippers ticket sales were delayed due to a logistical issue with the concert venue, Loftus Versveld Stadium. The availability of tickets was delayed from Friday, 12 July 2019, to Tuesday, 16 July 2019. However, following his announcement that the tickets were available, with a half-price special running for the rest of week, the tickets started selling out fast.

The first cautionary announcement that Dr Tumi made was after the second hour of the tickets being made available went live. First, Dr Tumi warned fans, on his social media pages, that the VIP tickets were selling fast and asked fans who were interested to not be idle. However, within the same hour he made the announcement that the VIP tickets were sold out.

Throughout the first two hours that tickets were made available, Dr Tumi continued to share images and tweets from fans that had already either booked or fully purchased their tickets. Most people who bought tickets in the first hour bought multiple tickets, stating that they were for friends and family that they would be bringing along to the concert.

There has been no official word on the featured artists that will join Dr Tumi on the two-day concert. The concert will kick-off on Saturday, 5 October 2019, and continue into Sunday, 6 October 2019, at the Loftus Versveld Stadium in Pretoria.