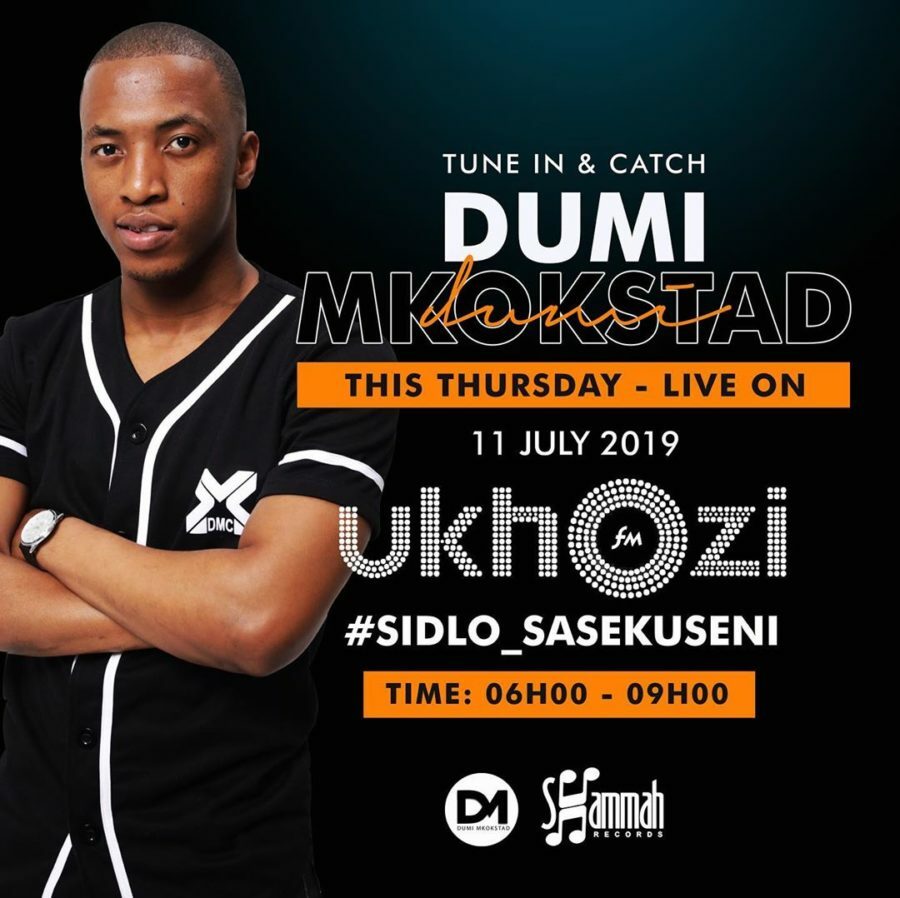 Dumi Mkokstad was featured on Ukhozi FM’s breakfast show on Thursday, 11 July 2019, and used the opportunity to address cheating allegations made against him following his recent wedding.

South African gospel artist, Dumi Mkokstad, joined Ukhozi FM’s Isidlo Sasekseni breakfast show on Thursday, 11 July 2019, to clear cheating allegations that surfaced after his recent nuptials. The interview kicked off with Dumi being asked to sing for the listeners, to which he responded by singing his 2012 Crown Gospel Award-winning single, Ulwandle. This was, however, not to the hosts’ expectation, who anticipated a love song, given that he is a newly married man. Sharing a laugh, Dumi stated that although he is married, he continues to be a gospel artist, however, noting that he does sing love songs to his wife.

The conversation quickly turned to recent scandals sparked by a newspaper article that he had promised several women marriage before getting married recently. According to Dumi, there were two women that he had intentions to marry from church. These intentions stemmed from discussions with his parents, who wanted him to get married at the age of 27. At the time, he already knew Zipho, Dumi’s wife, as they were in the same church and had been long-time friends although he had been pursuing her without success. The relationship with the other woman, however, did not work out.

Dumi asserts in the interview that he does not know the name of the girl written about in the newspaper as that is a false name.

Due to not answering calls and messages from journalists regarding the matter, he believes that’s what led to the fabricated story. Dumi, however, admits to having a meeting with the publications at their offices to clarify his name. He found out that the newspaper had recordings of women who said they were in a relationship with him. In attempts to clear his name, he asked for a meeting with the publication and the alleged sources. After countless failed attempts, he was told the women refused to come forth. An article clearing Dumi’s name was meant to be released on Sunday, 7 July 2019, however, it has not yet been released. The publication is due to release an article, apologising.

Listen to the entire interview below.