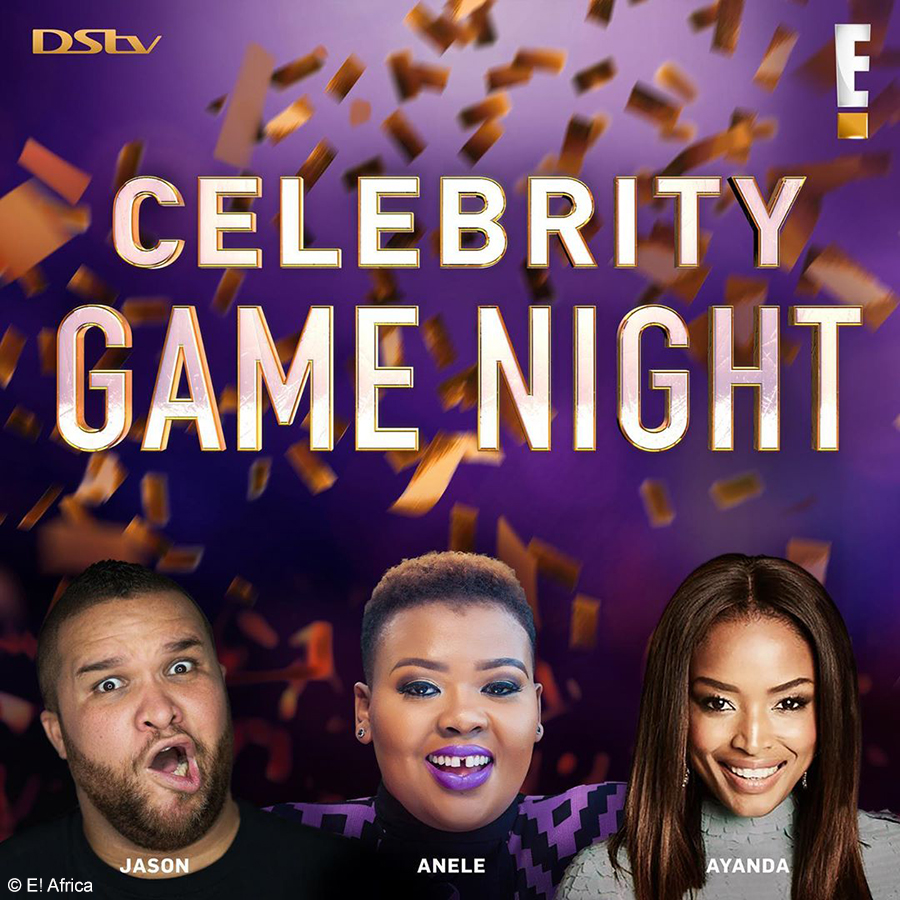 In a post shared from their official Instagram page on Tuesday, 9 July 2019, the channel revealed details about the show, including the names of the show’s hosts. The post was captioned with, “We’re so excited to reveal the faces of our brand new show, Celebrity Game Night! Our fabulous host Anele Mdoda will guide two celeb teams championed by Jason Goliath and Ayanda Thabethe through outrageous party games”. The show was initially announced in June 2019, with a post stating, “Two celeb teams + outrageous party games = must-see TV. We’re so excited to announce our brand new show Celebrity Game Night, to premiere late 2019 on E!”.

Ayanda Thabethe was the first of the featured hosts to share her excitement for the show, with an Instagram post sharing the official promotional poster for Celebrity Game Night. She captioned the image with, “‪The cat’s finally out the bag! Here’s to a beautiful new beginning on E! Entertainment, side by side with the talented Anele Mdoda and Jason Goliath on our new show, Celebrity Game Night!”. She also shared the show’s tagline, which states, “If you’ve ever wondered how the rich and famous let their hair down and have a good time…this is the show for you!”.

Fans shared their excitement on social media, with many offering their suggestions for who should appear on the show. Amongst the numerous amounts of recommendations, fans insisted that celebrities such as Minnie Dlamini, Bonang Matheba, Pearl Thusi and DJ Zinhle should be amongst the first to feature.