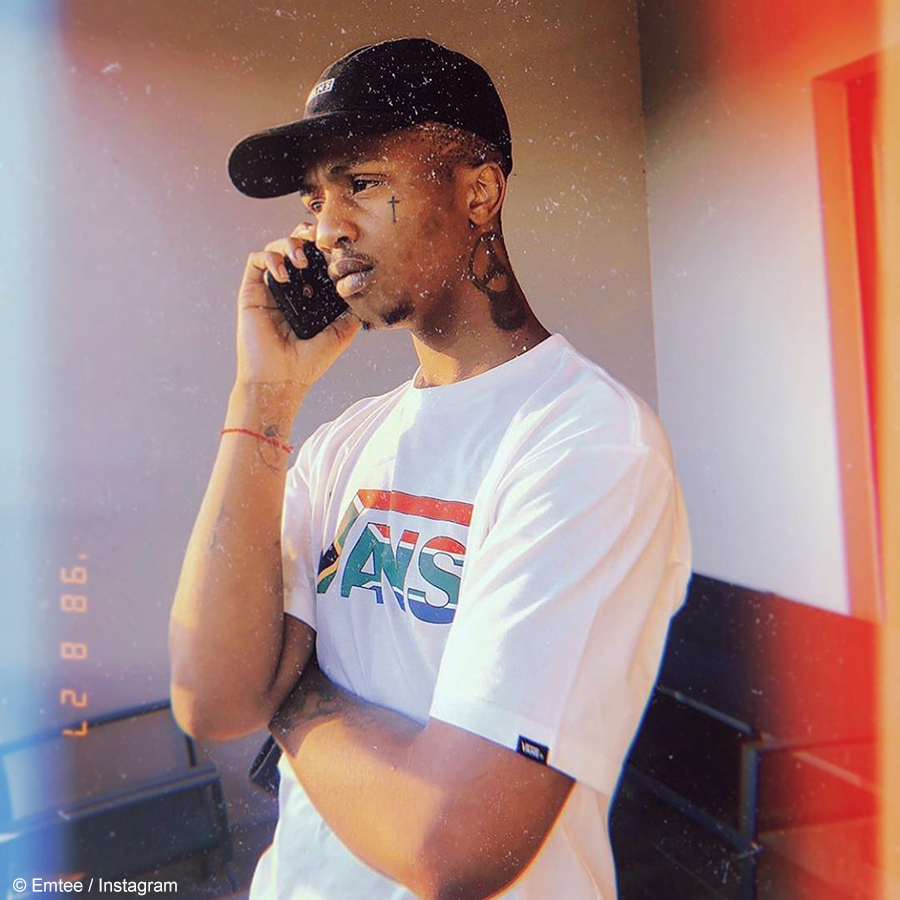 Emtee was recently featured as the guest on Slikour’s popular hip-hop talk show called The Balcony Interview, where he discussed why he decided to stop drinking lean.

South African rapper, Emtee, sat down for a two-part interview with rapper and businessman, Slikour, for a tell-all interview that was published on YouTube on Monday, 9 September 2019 and Tuesday, 10 September 2019.  In the first part of the interview, the rapper discussed all the details surrounding his departure from his previous record label, Ambitiouz Records. However, the second part of the interview discussed matters more personal to him, including his decision to stop drinking lean, which is a concoction of cooldrink and cough syrup.

Emtee had previously been adamant about not quitting lean, however, during his latest interview, the Manado rapper divulged that he decided to quit earlier in the year, following a tragic accident. Emtee starts by confessing that, “I didn’t want to stop when I did. I didn’t. I was happy when I was sipping it.”

During the conversation on his decision to stop drinking lean, Slikour admitted that the first time he drank it was because it was offered to him by Emtee. After the friendly banter between the two, Emtee explains why he stopped.

In his words he says, “The reason why I stopped is for maturity purposes. I’ve got two kids, you know. Sometimes they might accidently pick up my double cup there not knowing what it is when I’m babysitting… I’ve got a younger brother and a younger sister [and] I’m trying to lead them [well].”

He reiterates that his decision to stop drinking the mixture was not because he wanted to. Moreover, he states that he recognised that when the concoction become synonymous with his name, people associated his intake to addiction, rather than a mere hobby.

Watch the second part of The Balcony Interview below.

In this article:Emtee, Emtee on The Balcony Interview