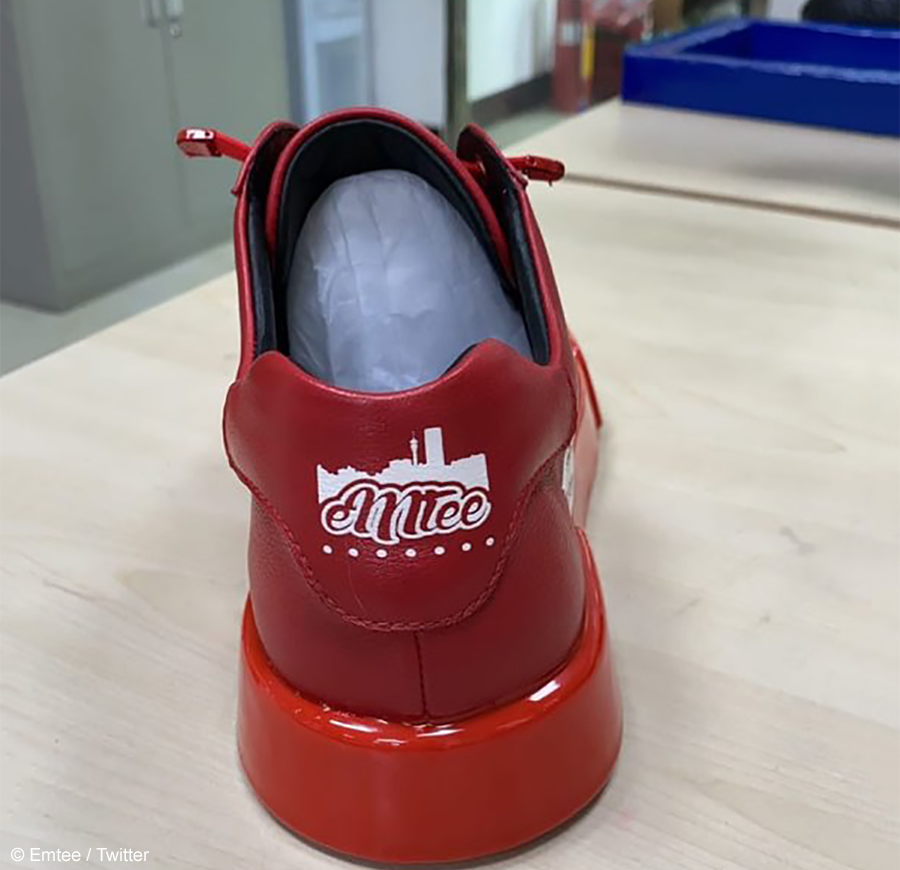 Emtee previously shared his plans to venture into branded merchandise, and has now taken to social media to showcase the first samples of Emtee Records-branded shoes.

Emtee took to Twitter on Tuesday, 7 July 2020, to reveal samples of the shoes that he plans to sell. The Emtee Records founder is diversifying even further with the upcoming shoe collection.

In the series of images he shared, he showcased two variations of the shoes, one in black and another in red. The most distinguishable aspect of the shoes is the thick red sole that both samples have, as well as the ‘Emtee Records’ branding on the back.

After he shared the samples, numerous social media users commented on the shoes and expressed varying opinions. The general consensus, however, was that the pricing would ultimately determine whether or not they would purchase the shoes.

Somebody pray for me 🙏🏾 pic.twitter.com/ZUwJeYRXoh