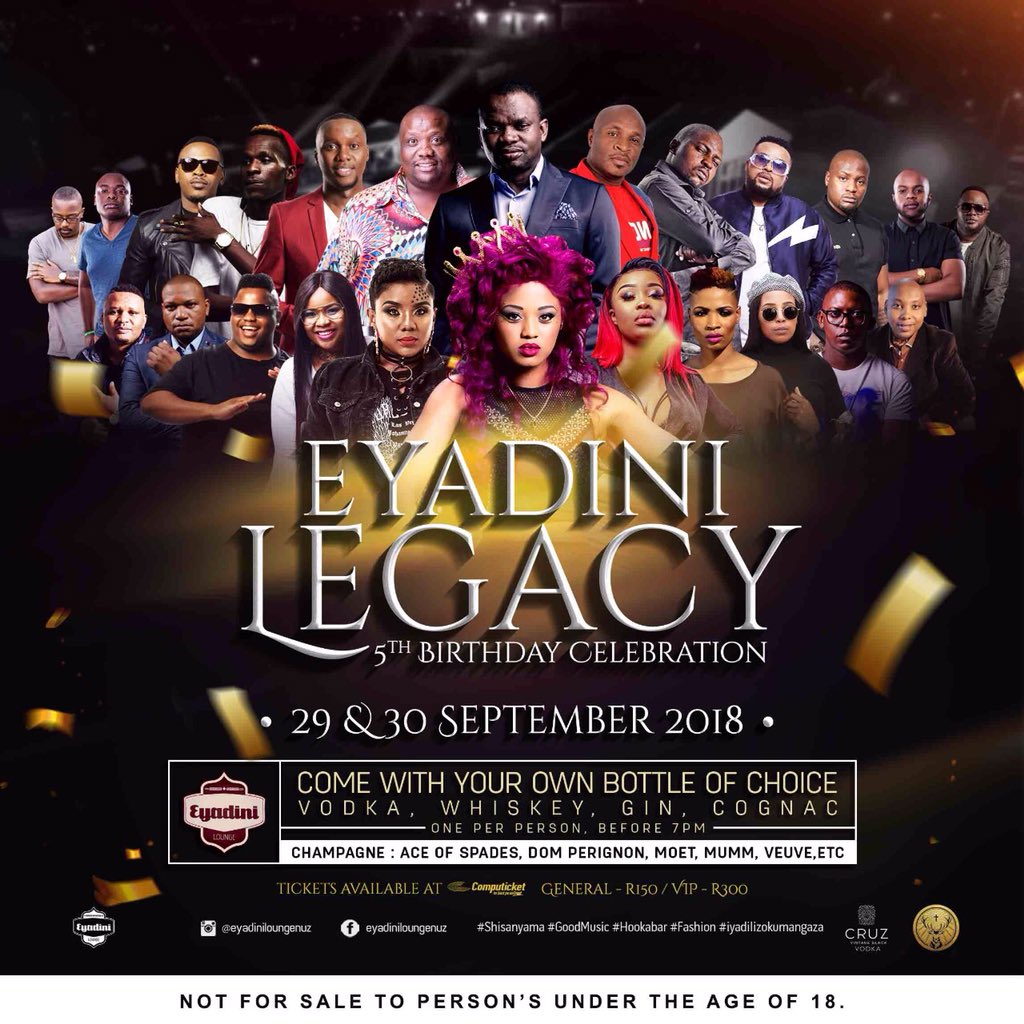 The popular Durban night lounge will be hosting its birthday celebration, which will include performances from artists such as Babes Wodumo, Dladla Mshunqisi and Mo Flava.

Popular Durban-based night lounge Eyadini will be hosting its fifth birthday celebration from Saturday, 29 September 2018 until Sunday, 30 September 2018. The event will feature some of the country’s top musicians including the likes of Babes Wodumo, L’vovo, Dladla Mshunqisi, DJ Ganyani, Mo Flava and Benny Maverick.

Founded by Jabulani Zama, the popular night lounge has become one of the province’s most sought-after lifestyle establishments in Durban.

Prior to establishing the night lounge, Zama started out as a policeman who then ventured into the towing business, owning a fleet of towing trucks, and further went on to start a construction company called Jigga Man Civil and Plant hire.

Speaking to Destiny Man in an article published on Tuesday, 11 April 2017, Zama notes that he opened the night lounge as a means of expanding his business portfolio. Although the establishment started operating in 2011, it only started gaining traction in 2014.

“A large part of what boosted the business’ visibility was the pictures of our customers that we started posting on social media,” Zama said. “On Instagram alone we’re sitting at over 200,000 followers, and over 120,000 Facebook likes – these are quite significant numbers and it’s only my photographer and I that handle it.”

Tickets for the event are available from Computicket, with prices ranging from R150 to R300.