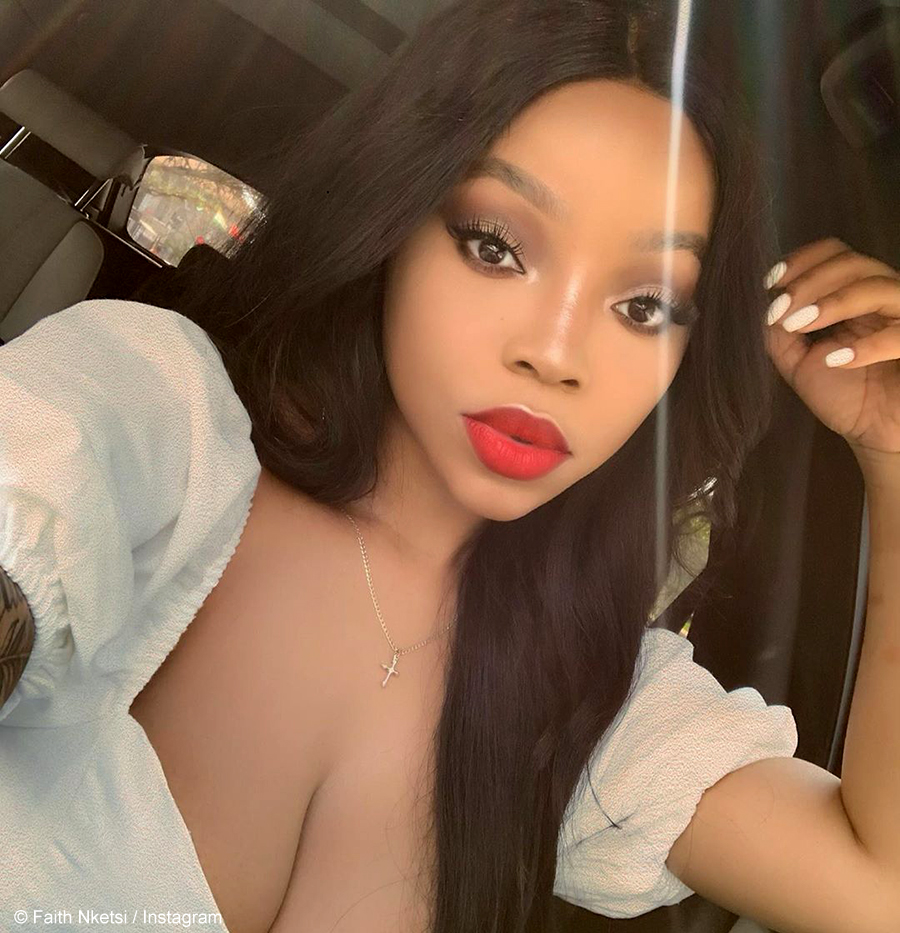 Faith Nketsi shared images and videos from her Knysna getaway on social media, in which she could be seen having a hearty breakfast clad in a white bikini.

On Sunday, 15 September 2019, South African influencer, Faith Nketsi, revealed that she was on holiday through a video she posted on social media. In the video, Faith can be seen seated at an outside table filled with an assortment of breakfast food options. During the short video, Faith douses the pancakes with whipped cream before she smiles for the camera. She captioned the video by writing, “Spoilt.”

On Monday, 16 September 2019, she then revealed she was on holiday by posting an image of her home for the stay. She, however, kept her followers guessing by not revealing the location. The first comment on the post asked, “Where is this place?” Another social media user explained that it is called Featherbed Eco experience in Knysna, Western Cape.

Following the reveal of the location, Faith posted an image that was taken during her big breakfast. In the image, the influencer is still clad in the white bikini, revealing all her tattoos while she holds the glass of juice to her lips. Many of her followers used the comments section to compliment the former Queen Twerk on her body.

One follower said, “Deplete us, Faith, we are your data,” while another follower complimented her by writing that her body is “body goals.” One social media user, though, said her body resembles that of the Kardashian clan, writing, “Our [very] own Kim Kardashian.”

Watch the video of Faith Nketsi having breakfast below.