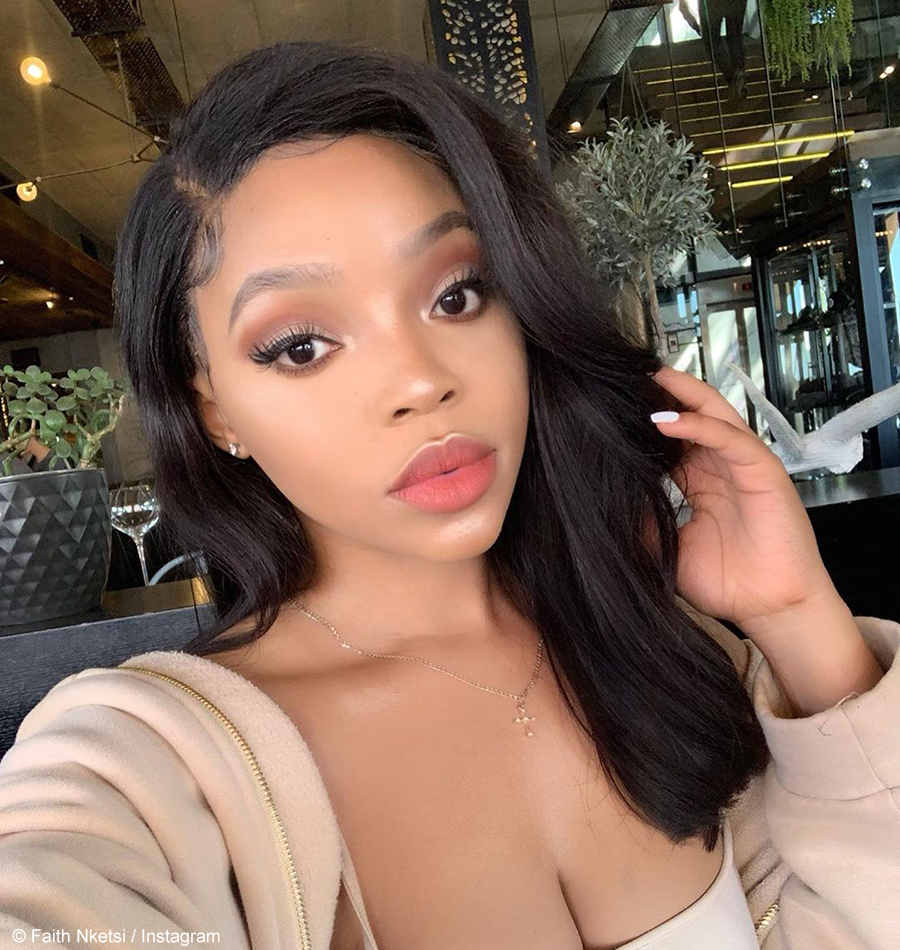 Reality star and businesswoman, Faith Nketsi, has shared a tutorial of her go-to make-up look, which has been complimented by her supporters over the years.

The Have Faith reality star took to Instagram on Saturday, 2 November 2019, to share the almost two-minute long tutorial, which showed her detailing every step of her make-up process. She began by moisturizing her face, which appeared to have eyelash extensions on already and followed by filling in her eyebrows with an eyebrow pencil and concealer. She then used a deep brown eyeshadow as a transition shade, which was overlaid with eyeshadow concealer to create a cut-crease with a shimmery gold shadow.

For her face, Faith used the Estée Lauder Double Wear foundation and used a lighter concealer at the high points of her face, with a darker shade to create a clear contour. After blending the products, she set her make-up with the Chanel setting powder and moved on to completing her eye look with mascara. She finished her go-to make-up look with a n*de lipstick from Mac Cosmetics and showcased the final reveal in a series of slow-motion frames.

Faith promised to share a variety of other tutorials on her page, stating, “I had so much fun shooting this mini tutorial of my “go-to look”. Thank you Tobey Cinematics for shooting this. We have so many fun and exciting videos in store for you all. Stay tuned!”

OMG I had so much fun shooting this mini tutorial of my “ go to look”. Thank you @tobeycinematics for shooting this. We have so many fun and exciting video in store for y’all❤️ stay tuned 💃🏼💃🏼💃🏼