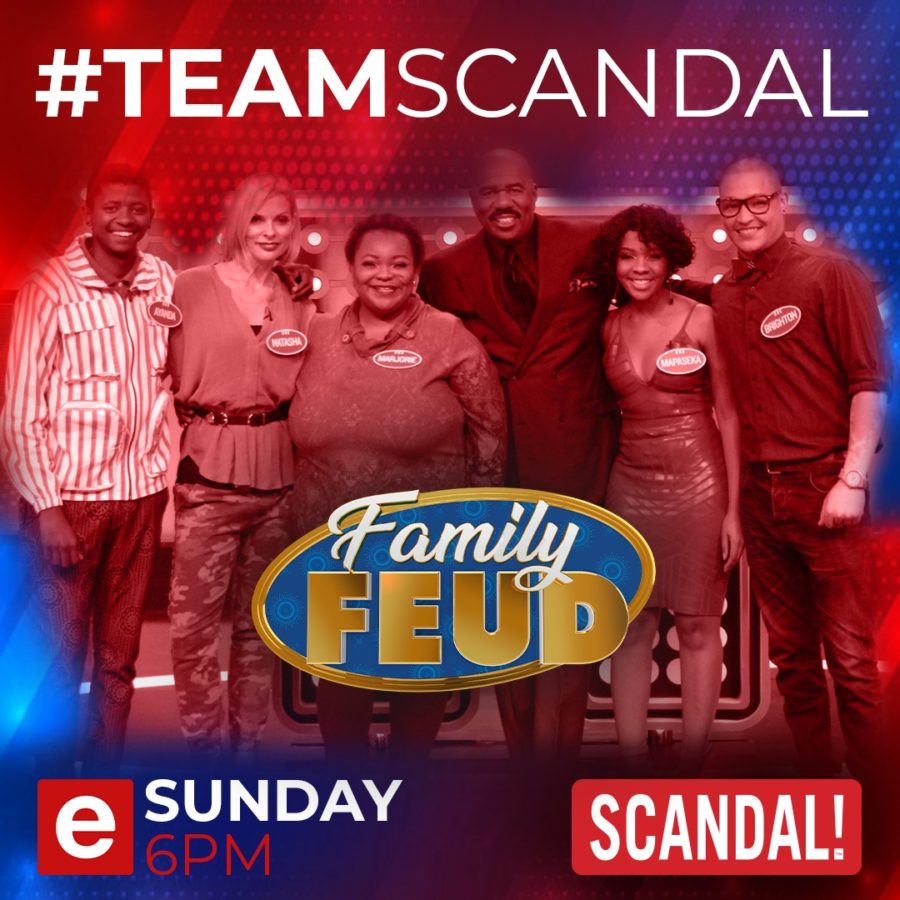 Family Feud Africa’s Sunday night episode will see the cast of eTV’s Scandal! and Rhythm City battling it out to win the overall prize to be donated to their chosen charity.

Family Feud Africa’s upcoming episode, which airs on eTV on Sunday, 12 July 2020, will see host, Steve Harvey, being joined by some of the cast members from Scandal! and Rhythm City in a battle to determine the best soapie on the channel. The preview states, “The sauce will be too much this week on Family Feud SA as eTV’s very own soapies will take each other on, hoping to win the jackpot for their charity.”

Watch the previews of the upcoming episode of Family Feud Africa below.