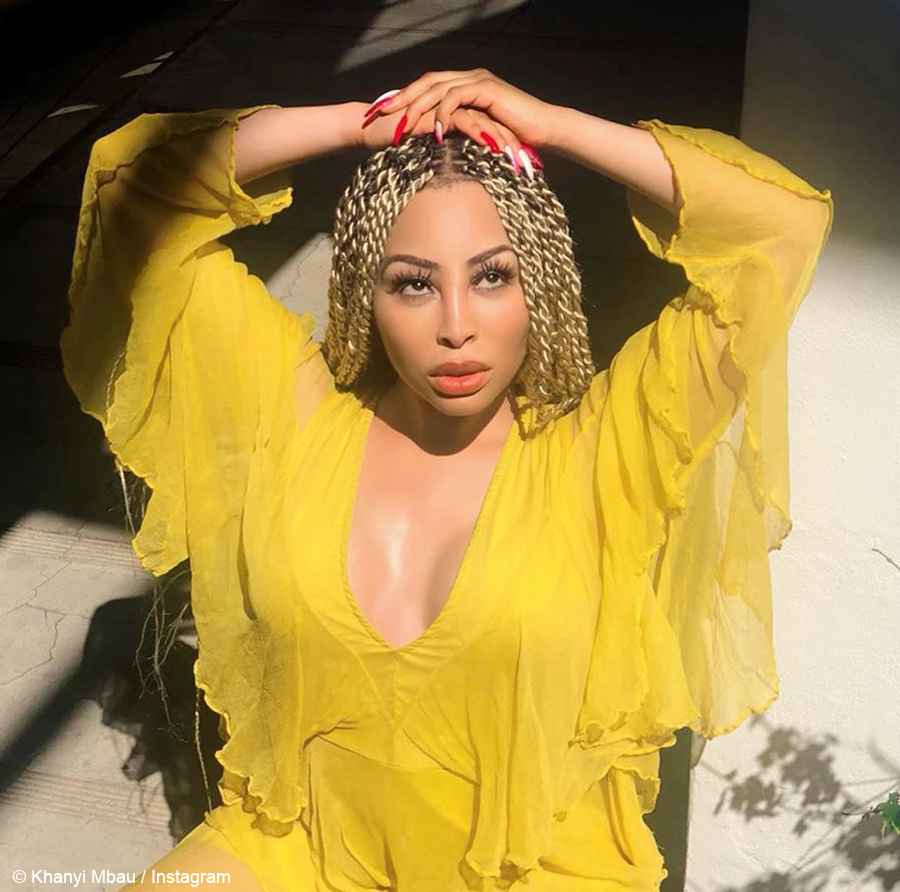 Actress and media personality, Khanyi Mbau, trended on social media after creating her own hashtag, #QuarantineWithMbau, which encouraged fans to share lessons learned from her.

On Thursday, 9 April 2020, Khanyi Mbau created a hashtag which encouraged her fans to share lessons learned from her life. The former Uzalo actress took to her timeline and enticed her followers by stating that she would follow them back if they engaged with the hashtag and could either quote her or state one life lesson they have learned from her life story, making sure that they include the hashtag, #QuarantineWithMbau.

Fans interested in being followed back by the star actively engaged with the hashtag, so much so, that in less than ten minutes after starting the challenge, the hashtag had already entered into the top five trending topics. Many of the lessons from the hashtag referred to how Khanyi encouraged and endorsed self-love. However, the funnier ones relayed quotes from her viral interview with Debora Patta on eTV’s 3rd Degree.