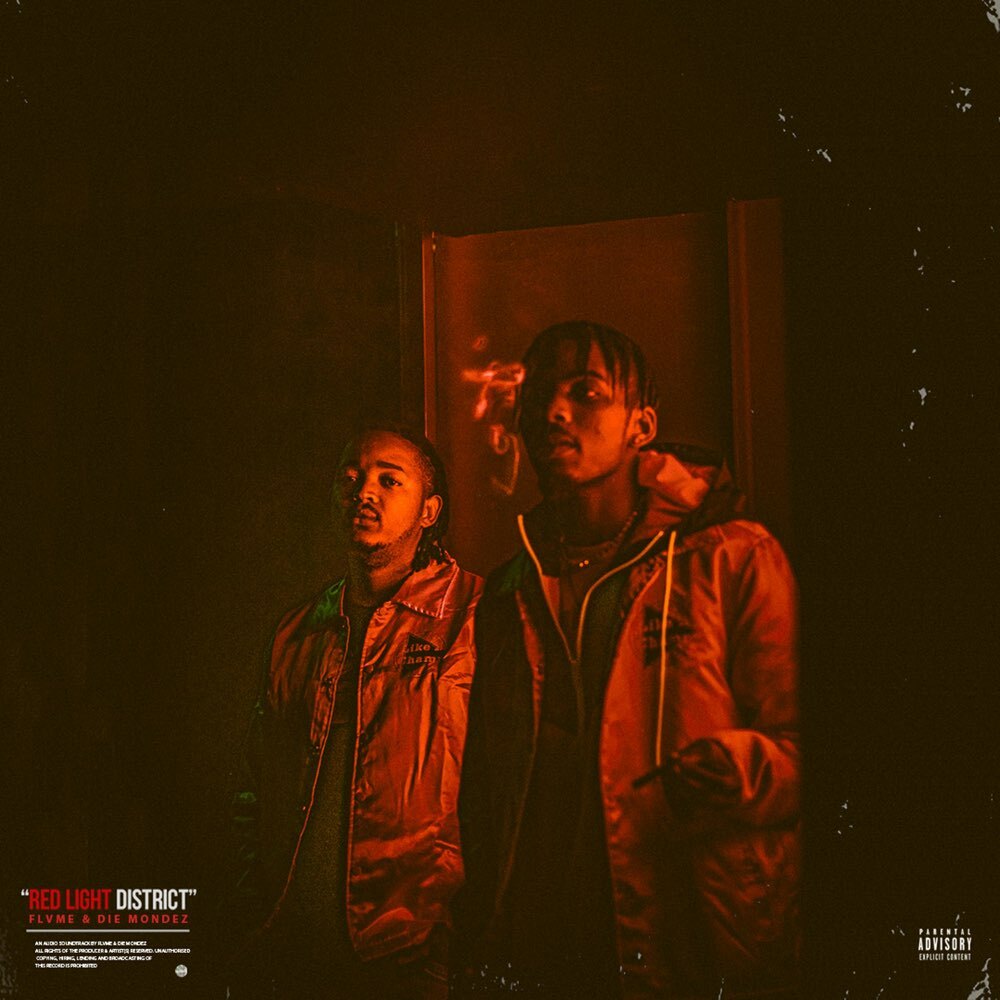 Flvme and Die Mondez have released their first collaborative album, RedLight District, which was initially promoted in mid-June 2020 through a reveal of its artwork.

Flvme and Die Mondez released their joint ten-track album, RedLight District, on Friday, 10 July 2020. The journey to the release of the album started on Sunday, 14 June 2020, when Flvme took to Instagram to post the promotional artwork for the album.

The purely trap album showcases the rappers’ skills, which are further complemented by the production of the singles and featured artists. The first feature is producer and rapper, Zocci Coke Dope, on The Originalz, while Jordan Baker appears on Complicated. The aforementioned single marks the beginning of the skits that appear throughout the album.

Other notable tracks on the album include Brights Lights (Intro), Steppin, Married to the Money, F-Y-M, Oh My, Addy, C.F.W.Y.N and Red Outro.

Listen to RedLight District below.