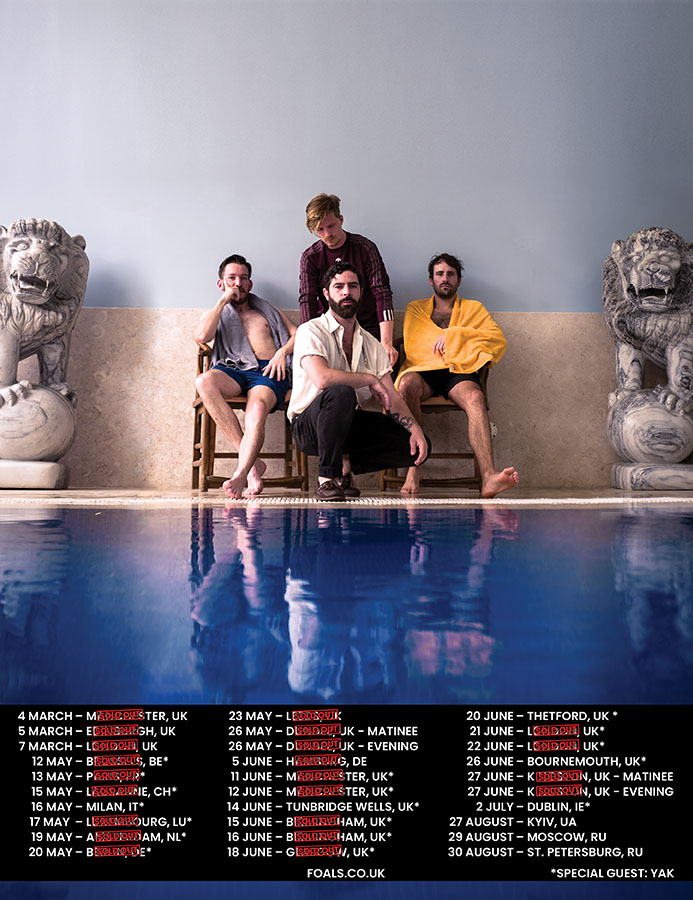 The English rock band Foals announced that they will be embarking on the UK and European leg of their Everything Not Saved Will Be Lost tour from 12 May to 27 June 2019.

Fresh off the release of their latest album Everything Not Saved Will Be Lost-Part 1, the band is due to set out on a summer tour beginning on 12 May 2019 in Belgium. Following this, they are set to perform in France, Switzerland, Italy, Luxembourg, Netherlands and Germany.

The second half of their European tour dates comprises predominantly of festivals like InMusic Festival in Croatia from 24-25 June 2019 and Festival Cruïlla in Spain on 5 July 2019, among others in France, Netherlands, Germany, Austria, Ukraine and Poland.

The Foals’ set list is to include some of the band’s classics like Mountain At My Gates, My Number and Late Night. It will also include newer hits from Everything Not Saved Will Be Lost-Part 1 like Exits, In Degrees and Sundays.

Foals will be supported by alternative band YAK, comprising of members Oliver Henry Burslem, Vincent Davies and Elliot Rawson. YAK will join them throughout their May and June tour dates.

Tickets for the Everything Not Saved Will be Lost tour are available for purchase from the official Foals website.