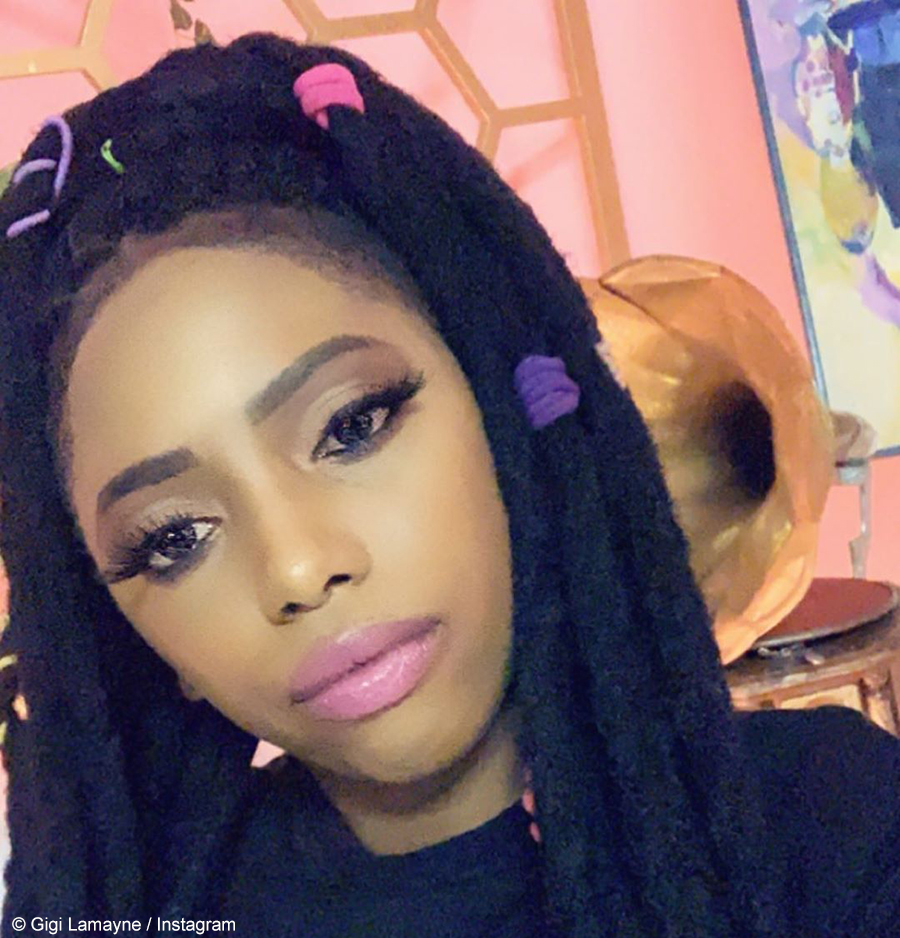 South African female rapper, Gigi Lamayne, took to Instagram, Tuesday 5 November 2019, to show off her 90’s-inspired modern look in a series of two images, which kept in theme with her signature style. Gigi Lamayne gave us a slick African American look inspired by the 90’s, wearing a lime green silk shirtdress which sits right above the knee, buttoned up to the collar for a formal yet modern look.  Gigi wore her silk lime dress with an old school blue figure belt to accentuate her waistline, and kept the look playful by keeping her wrist buttons unbuttoned. She completed her outfit with black and white chunky Skechers sneakers.

Gigi gave her look  a playful twist, wearing her hair in two ponytails that were accessorized with colourful hairbands. The ponytails laid on either side of her face, while she topped her dome with a plaited bun. The first picture, captioned, “Goddess,” saw a detailed head to toe look of her outfit, while her second image sees the Job Woods creator posing for the camera in a manner that showed off her oversized shirt wrists. The rapper was captured by photographer, Sfundo Majozi.

Scores of Gigi’s fans took to the comments section to shower the rapper with compliments, with many leaving heart-eyed and fire emojis as approval of the outfit. South African media personality, Ayanda MVP, also commented with heart-eyed emojis, in agreement with the rest of the comments.