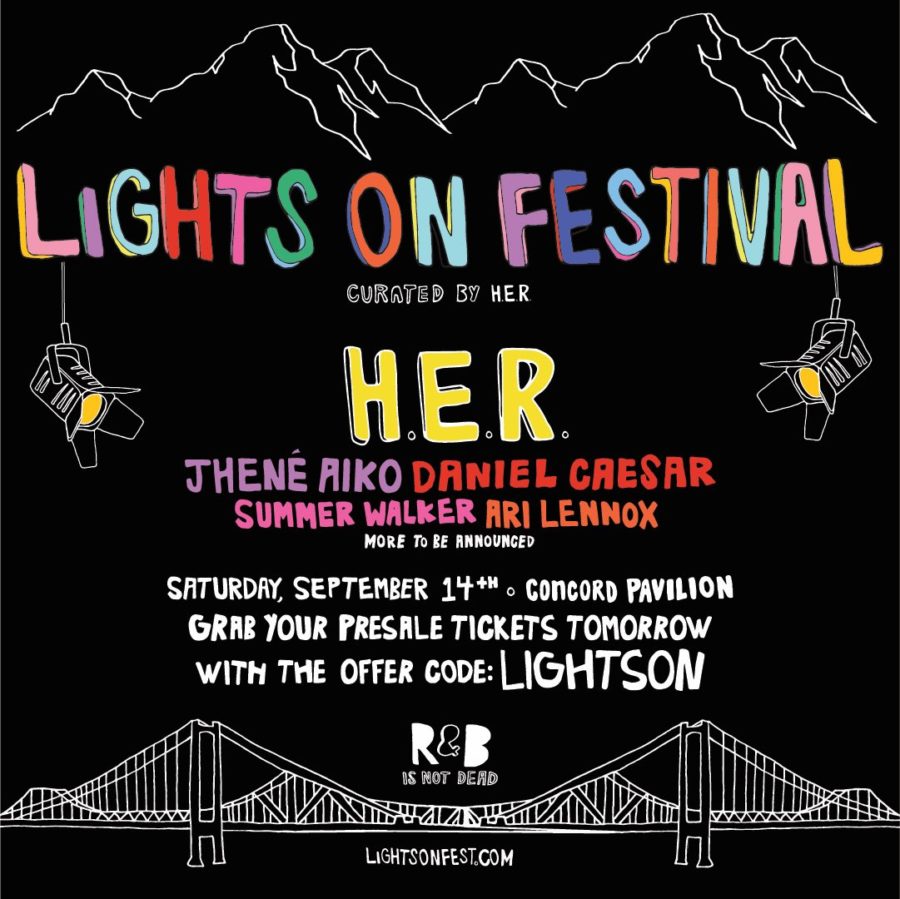 H.E.R. has been going from strength-to-strength since the release of her latest self-titled album, H.E.R., released on Friday, 20 October 2017. She was nominated for five awards at this year’s Grammys, walking away with Best R&B Album for H.E.R. and best R&B Performance for Best Part with Daniel Caeser. She has now followed in the footsteps of many great musicians in pioneering her own music festival, Lights On, in partnership with LiveNation.

Lights On Festival is a one-day festival, set to take place on Saturday, 14 September 2019, at the Concord Pavilion in Concord, California. The festival aims to have two stages to host the numerous musical acts, as well as a third stage to host upcoming filmmakers.

H.E.R. commented on the festival in an article published by Variety on Monday, 10 June 2019, stating: “Concord Pavilion is the ultimate venue. It is the perfect place to bring people from all over the Bay. I have many memories watching shows and DREAMING I’d be able to perform there. The Bay Area is my home…..it’s a dream come true to host my festival there.”

Tickets for the Lights On Festival are available for purchase on LiveNation.