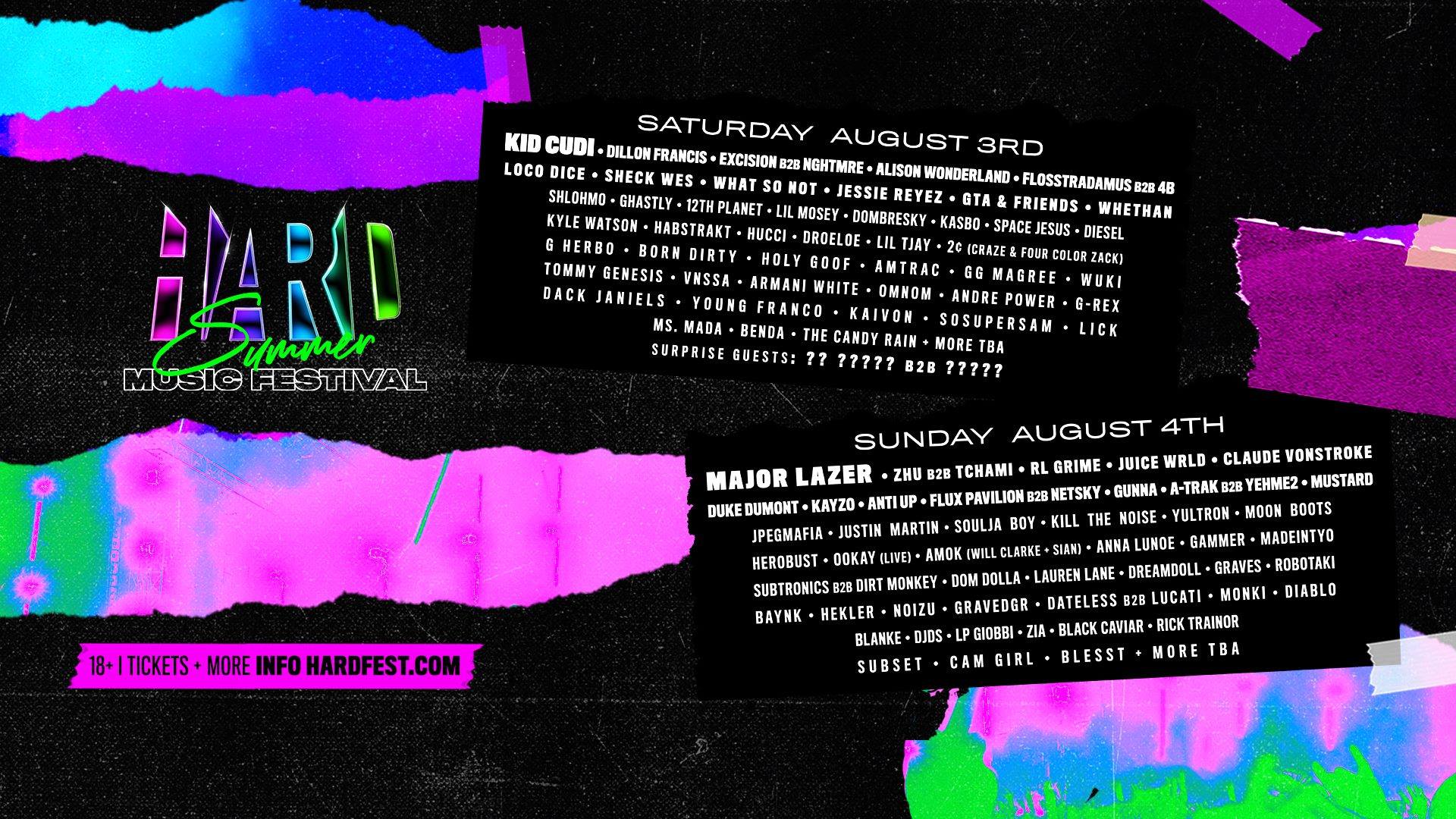 The Hard Summer music festival has announced its star-studded line-up for the festival, set to take place from Saturday, 3 August 2019 to Sunday, 4 August 2019

Hard Summer announced its massive line-up for their two-day-long festival that is due to take place at the Speedway in Fontana, Southern California. The festival aims to offer a strong mix of hip-hop and electronic acts.

Saturday’s headlining act is Kid Cudi, who appears on the line-up alongside Dillon Francis, Excision back to back with NGHTMRE, Alison Wonderland and Flosstradamus back to back with 4B. Other notable acts performing on Saturday include Sheck Wes, G Herbo and Tommy Genesis.

Sunday’s line-up is headed by Major Lazer, who appears on a line-up alongside Zhu back-to-back with Tchami, RL Grime, Juice WRLD and Claude Vonstroke. Other notable acts performing on Sunday include Gunna, Mustard, JPEGMAFIA, Soulja Boy and Duke Dumont.

Kid Cudi is likely to perform a mix of his popular hits, with his most recent Rolling Loud Festival setlist seeing him open with the Kids See Ghosts banger, Feel the Love. The setlist sees him play songs from his latest solo project, Passion, Pain & Demon Slayin, like Baptized in Fire and Surfin as well as some of his older tunes like Day ‘n Night, Pursuit of Happiness and Mr. Rager.

Major Lazer is also a serious force to be reckoned with, proving to be one of EDM’s biggest DJs and producers with hits like Cold Water, featuring Justin Bieber and MØ, and Lean On featuring MØ.

Tickets are available for purchase on the official festival website.