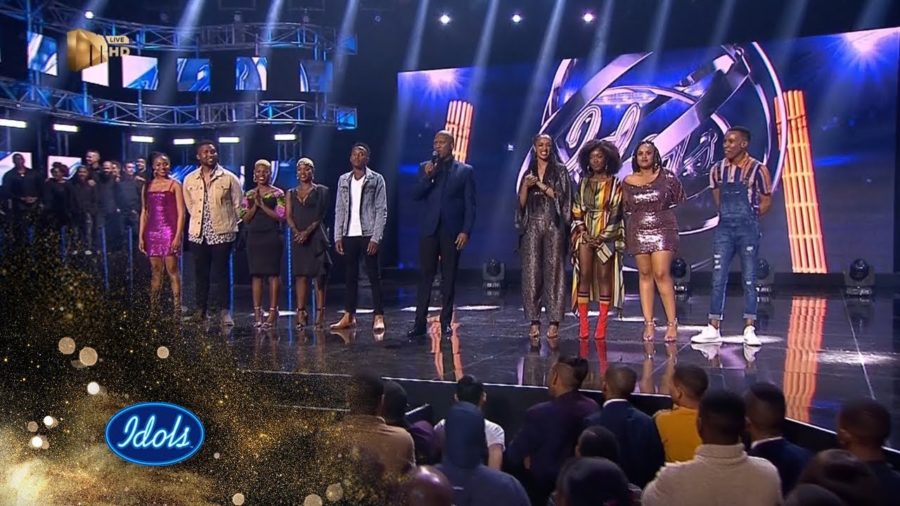 Sunday night’s episode of the South African singing competition, Idols SA, showcased Group A as they were the first to performance for a live audience.

The latest episode of Mzansi Magic’s Idols SA, which aired on Sunday, 25 August 2019, showcased the talents of the first nine of the Top 17, performing for a live audience.

Group A’s performances comprised Dinky with Get You, Andy Keys with Girls Like You, Mmangaliso with Egoli, Sizwe with Tigi, Nolo with Talk, Louise with Without Me, Xola with Come With Me, Viggy with Mgodi and Virginia with Themba. The group also collectively performed AKA’s hit song, Fela In Versace.

Viewers shared their praise for their favourites, with many stating that twins, Viggy and Virginia, should have been placed in separate groups to allow for the audience to form their individual opinions of them.

Bongi Mbele tweeted, “The twins’ vocals are simply African and amazing. They need to conquer and serve. They shouldn’t have been one after the other though, because now I can’t help but compare.” Viewers also commented on Dinky’s spectacular performance, with Kay Kombs stating, “Dinky shows us that when it’s your time, people will sit up and watch! She reminds me of Jill Scott and she shines like a diamond.”

The upcoming episode of Idols SA will see Group B, comprising Craig Jordaan, Innocentia, Nqobile, Tressure, Zia, Micayla Lee and Luyolo, showcase their talents for their round of the live performances.