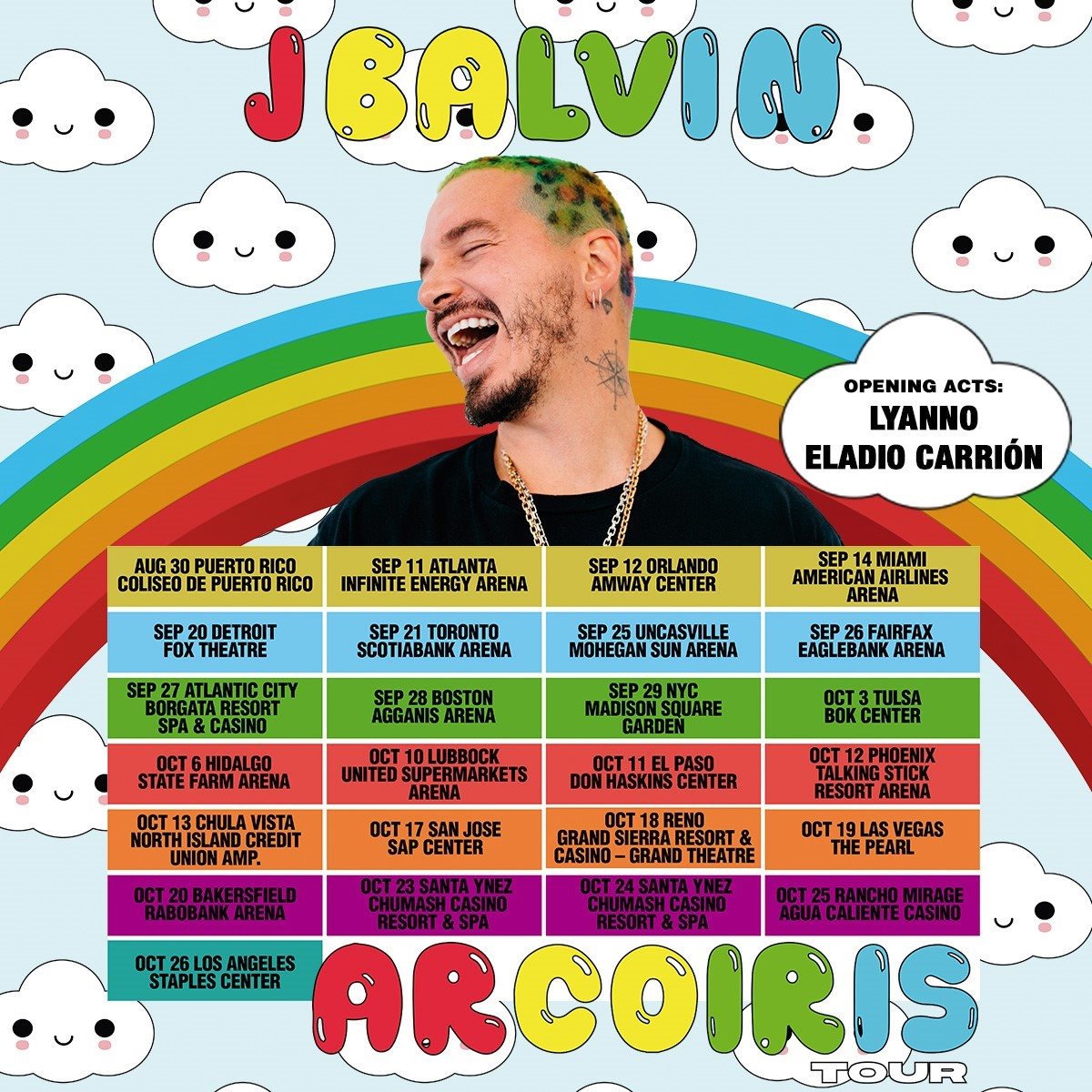 Latino superstar J Balvin took to social media on Monday, 13 May 2019, to announce his upcoming Arcoiris Tour, which directly translates to “The Rainbow Tour” in English.

In a promotional post shared by the artist, he is seen gleaming with happiness in front of an illustrated rainbow, with smiling clouds surrounding him. J Balvin’s name and the words the Arcoiris Tour are printed in bold rainbow font, adding to the theme of the tour. The artist captioned the post in a short Spanish sentence, which translates to “Let’s go for this new dream, Rainbow Tour for us”. Balvin also announced Lyanno Eldio Carrion as the opening act.

The official set list for the Arcoiris Tour has not been revealed, however, the singer is expected to perform his most recent singles which include Mi Cama, Ponle, La Rebelion, Mi Gente, I Like It, featuring Cardi B, and Contra La Pared, featuring Sean Paul. The singer has not confirmed whether or not any of his collaborators will be joining him on tour.

Tickets for the Arcoiris Tour go on sale on Friday, 17 May 2019, and will be available for purchase on the official Ticket Master website.