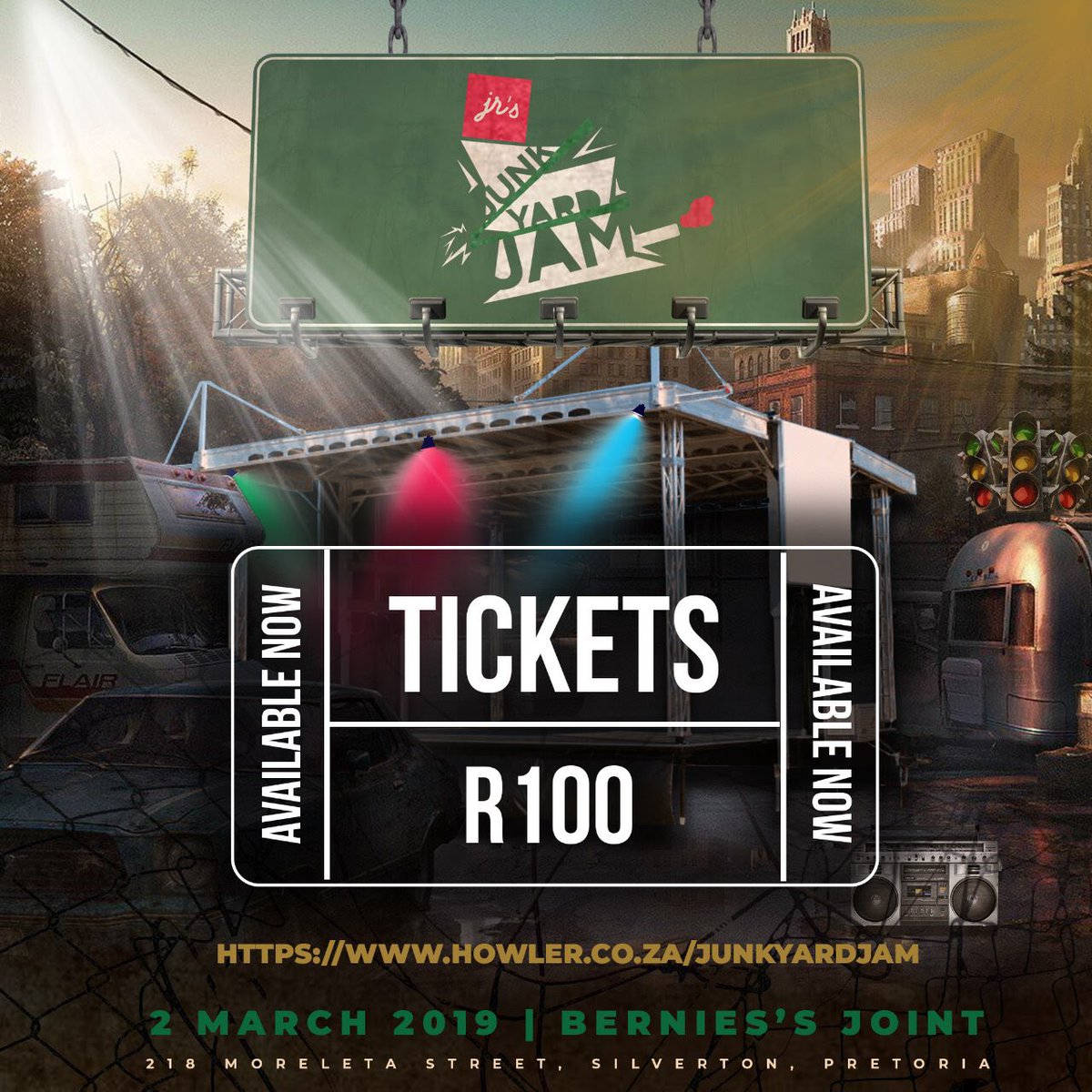 The inaugural Junk Yard Jam festival will be launched at Bernies’s Joint in Pretoria this coming Saturday, 2 March 2019. Junk Yard Jam is the brainchild of Make The Circle Bigger rapper and producer, JR.

The event line-up consists of both established and new talent. Taking to his official Twitter page, JR described the motive for the event as, “a street society for those seeking The New”. The call that JR.put out on social media was for up-and-coming DJs and performing artists. The interested parties had to send a bio, images, their songs and links. From the entrants, he would select the artists and provide the space for them to showcase their talents. The call was for a variety of artists who perform in genres like AmaPiano, gqom and trap.

Not only is it a chance for audiences to be introduced to new talent, but to also popularise alternative genres by providing exposure for such talents. This is in line with conversations like #OpenUpTheIndustry, which asks for gatekeepers to allow for new talent to be given a chance to showcase their talents.

The line-up already has over ten artists such as Focalistic, DBN Gogo, DJ Venom, Snow Deep and Willy Cardiac.

Tickets for the event are available for purchase on Howler.