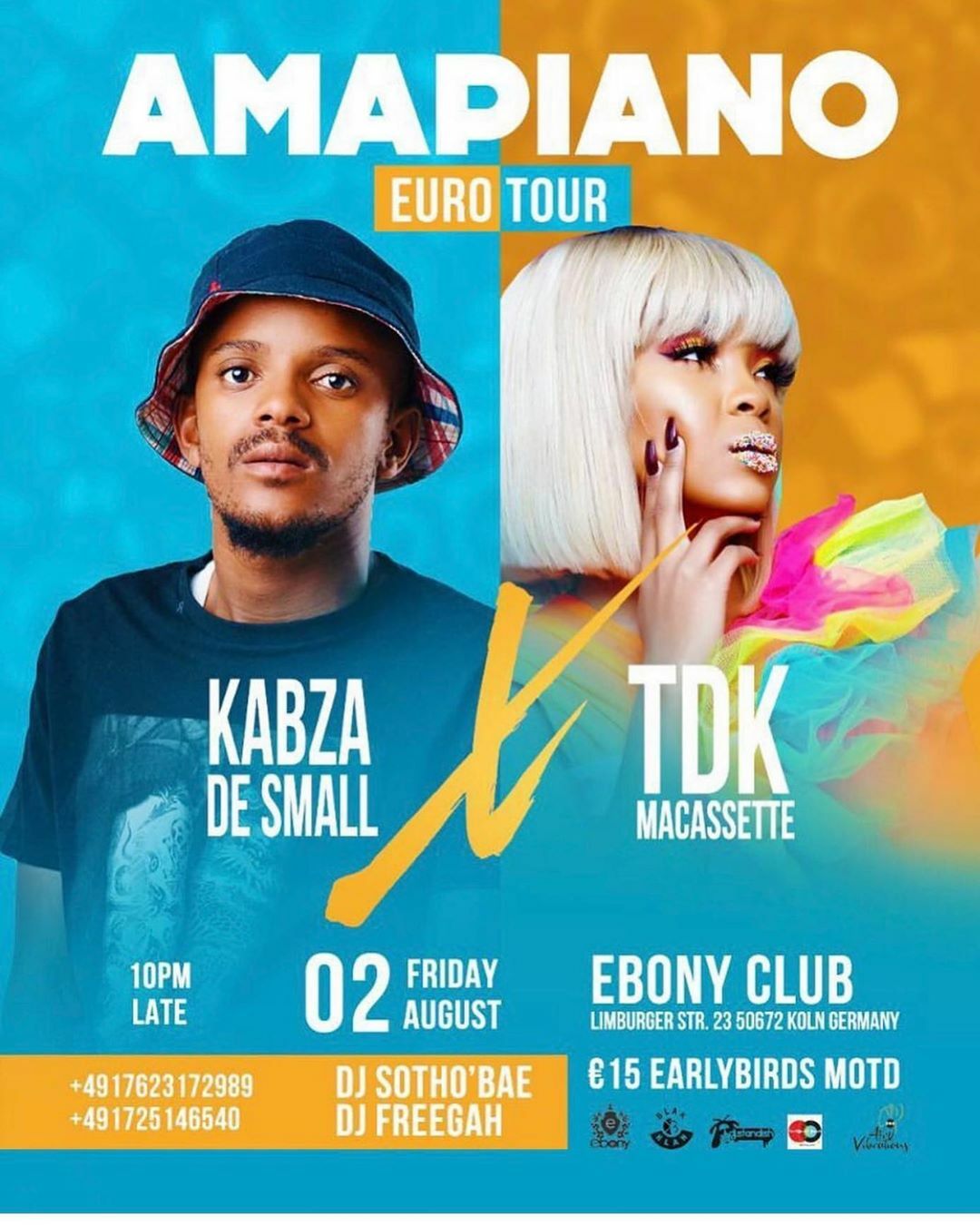 Kabza De Small and TDK Macasssette are set to take amapiano and gqom music to Europe when they perform during the one-stop Amapiano Euro Tour leg.

On Monday, 1 July 2019, gqom sensation, TDK Macassette, went onto her social media pages to share that she and popular amapiano pioneer, producer-DJ, Kabza De Small, will be travelling to Germany as part of their one-stop European tour on Friday, 2 August 2019. The tour will mark the first time either artist has travelled with the other for an international tour.

Although the name of the tour is called the Amapiano Euro Tour, TDK Macassette is a well-known gqom musician who rose to fame after her first single, Korobela, featuring producer and DJ, Vista, dominated the charts. The singer is currently on a promotional run for her latest single, Left Right, released on Friday, 17 May 2019. Her latest stop with her promotional tour was in Port Elizabeth as she visited local radio stations and popular television shows in the city.

Kabza De Small is also busy promoting new music with the official release of his joint studio album with fellow popular producer and DJ, Maphorisa. On Friday, 5 July 2019, the two released a 12-track joint album called Scorpion Kings. Although DJ Maphorisa and Kabza De Small officially released the album in July, the two had already been travelling locally on a promotional tour of the album which will end later in the month of July.

Kabza De Small and TDK Macassette’s tour will take place at the Ebony Club in Koln, Germany. Doors to the performance will open at 22:00. The pair will have two supporting acts, DJ Sotho’bae and DJ Freegah.