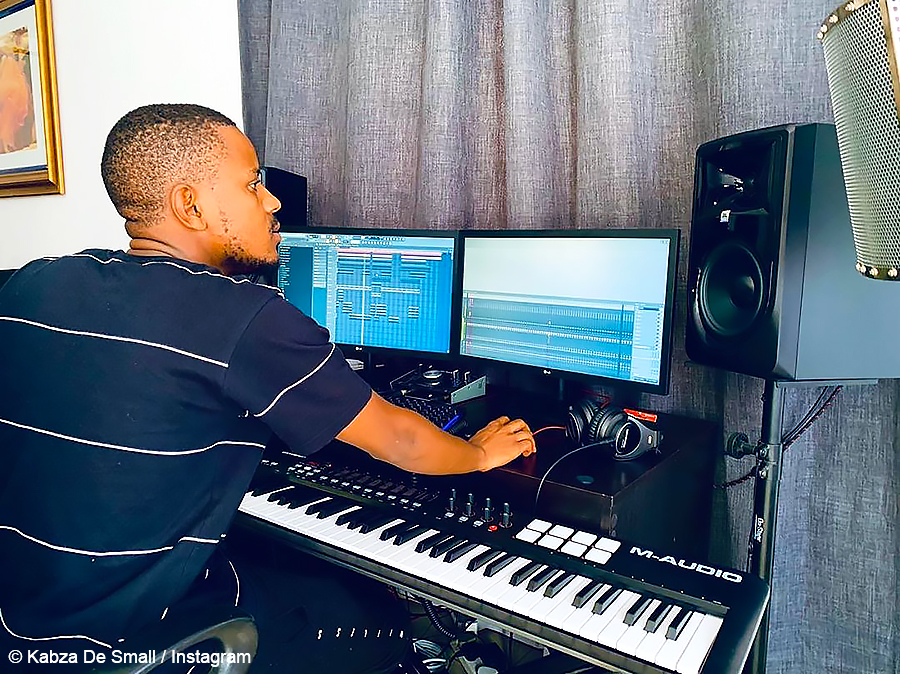 Kabza De Small, one half of Scorpion Kings, is promoting his upcoming solo album and has taken to Instagram to share a video of the progress he is making.

Kabza De Small took to Instagram to share another snippet of the music that he is working on for his upcoming solo project on Thursday, 21 May 2020. The one half of Scorpion Kings posted the snippet with a caption which continued to keep fans guessing about when they should expect the album.

While Kabza De Small has shared very little on what his fans can expect sonically from the upcoming album, previous posts suggested that the album will have more than just amapiano-led singles.

The latest snippet is of a song that does not stray too far from the amapiano sound. The track’s lyrics seem to detail Kabza De Small’s growth in the music industry, as it speaks about humble beginnings and working hard so that success and money are attained.