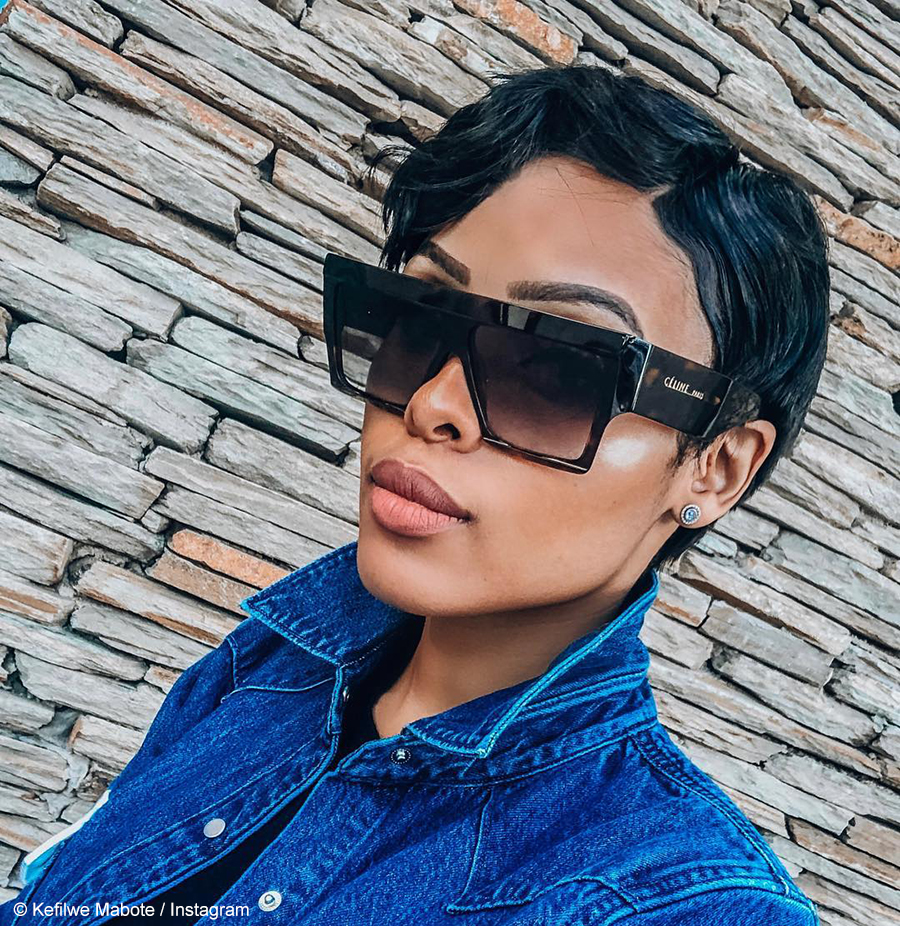 The South African fashion influencer took to Instagram on Tuesday, 8 October 2019, to showcase her orange designer outfit and received a nod of approval from social media users.

Kefilwe Mabote took to Instagram on Tuesday, 8 October 2019, to share an image of herself in an orange designer ensemble. While lounging at the Munro Boutique Hotel, the fashion influencer wore a pair of orange trousers from clothing brand, House of Fabrosanz.

She paired the pants with a long balloon sleeve top, a n*de pair of designer Louis Vuitton court shoes and an orange fedora hat from hat store, Crystal Bridge.  The beauty influencer also wore an orange designer Prada bag with the outfit. She humorously captioned the image, “How I rock up when my man tells me we need to talk, ‘I’m here, what’s up?’”.

Social media users flooded the post with complimentary messages to the fashion influencer. Among the comments was South African rapper, Fifi Cooper, and fashion influencer and friend, Sarah Langa Mackay, who commented on the post with a series of fire emojis. One social media user played to the caption, replying as the boyfriend, “Never mind. Have you eaten?”, while former Muvhango actress, Buhle Samuels, simply wrote “perfection”.

The image received much traction, with over 20 400 likes.

How I rock up when my man tells me we need to talk . “I’m here, what’s up? “ . . 📍 @themunrohotel Hat @therealcrystalbirch Outfit @fabrosanz Bag @prada 📸 @killastillz