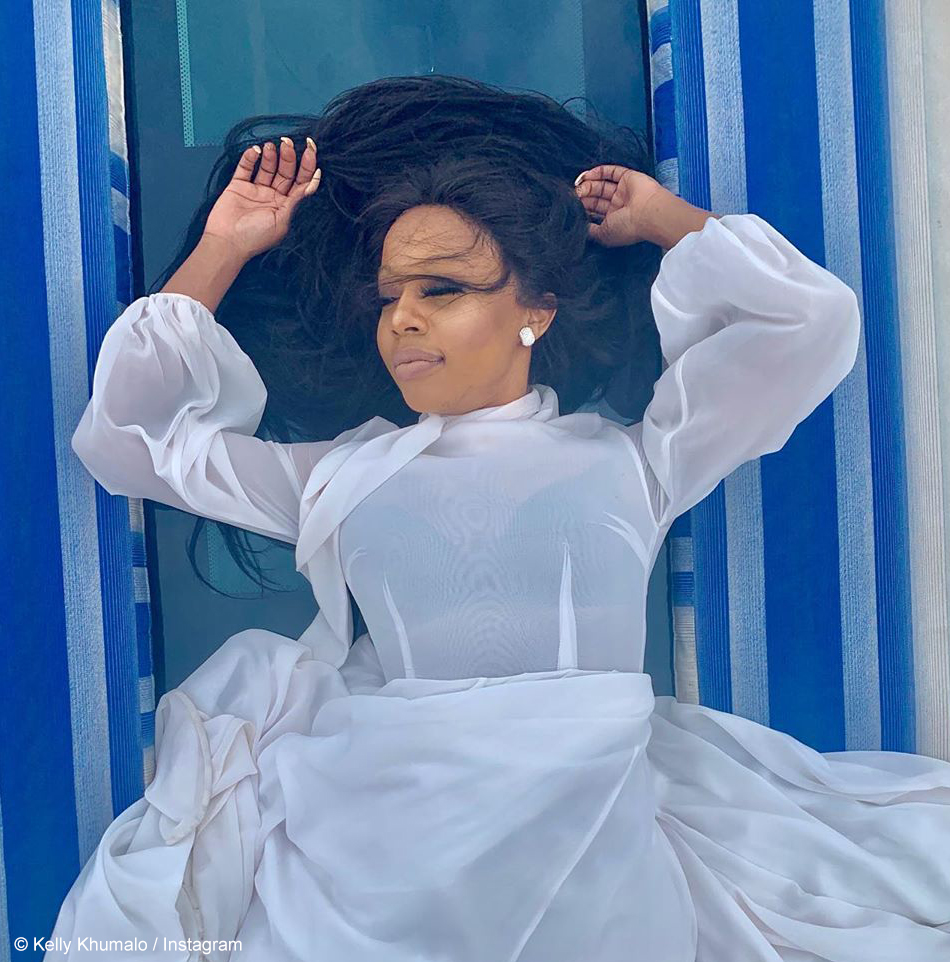 Singer, Kelly Khumalo, was one of the celebrity guests invited to the Vida Fiesta yacht ride and has shared images from her champagne breakfast.

On Saturday, 3 August 2019, a host of popular names in the South African media industry were invited to a yacht ride by Vida Fiesta. The nautical-themed champagne brunch, which was hosted in Richards Bay, KwaZulu-Natal, featured many of the invited guests dressed in white with shades of other colours. One such celebrity was singer, Kelly Khumalo.

The singer took to her social media on Sunday, 4 August 2019, to share some of the moments she enjoyed during the event. The first was a video which showed off her white chiffon dress. In the video, the Dance Comingo hitmaker is seen standing on the tip of the yacht, ruffling her dress and hair so they can be moved by the wind as the footage is slowed down for effect.

Her second post from the trip features a high angle shot taken of the star as she lies on the yacht with her dress spread around her. The last image she posted revealed who the singer spent her time with while on the yacht. Sitting in the yacht, while looking out at the view, Kelly Khumalo is with her sister and singer, Zandie Khumalo, and actress, Jessica Nkosi, who was dressed in red.

In her caption to the last post, the singer wrote, “Our perfect weekend, Zandie Khumalo [and] Jessica Nkosi #VidaFiesta…”

The three stars were not the only invited A-listers on the yacht. Other popular names that were part of the festivities included media personalities Somizi Mhlongo, Sbahle Mpisane, Phindile Gwala-Ngandu and Khaya Dladla.