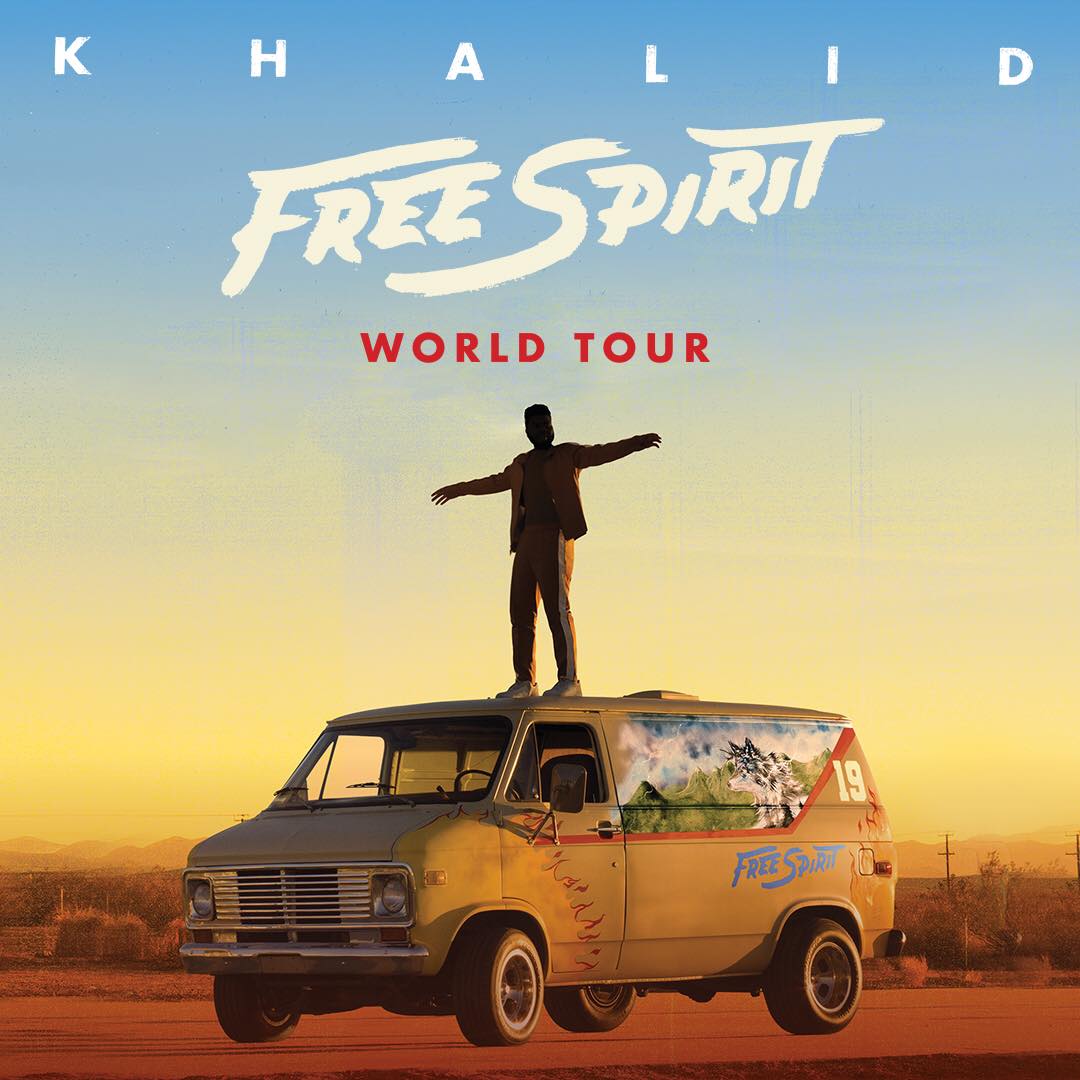 Breakout star Khalid has announced that he will be embarking on his first North American Arena tour, the Free Spirit world tour, beginning on Thursday, 20 June 2019.

Khalid, easily one of 2016’s biggest breakthrough artists, rose to fame with the release of his single Location, which peaked at No.16 on the Billboard Hot 100 chart. Following this, he released his hugely successful debut album American Teen that included hits like Young Dumb & Broke and Therapy. Since then, Khalid has been going from strength to strength, collaborating with artists like Shawn Mendes and Billie Eilish.

His latest album, Free Spirit, was released on Friday, 5 April 2019. Khalid is touring in promotion of Free Spirit, which features popular songs like Talk, Better and My Bad. He will be touring alongside pop songstress Clairo, who serves as the tour’s special guest.

Khalid made the tour announcement with a heartfelt Instagram post published on Friday, 29 March 2019, that reads: “My first North American Arena tour. Wow. Not even three years ago, I can remember doing my first show in a coffee shop haha this is unbelievable. I just [want to] thank you guys so much for making this possible man life is a dream!! I love u guys so much, and I can’t wait to bring Clairo on the road with me! Hope to see you there.”

The tour kicks off in Phoenix, Arizona on Thursday, 20 June 2019, and runs through to Saturday, 17 August 2019, in Miami, Florida. Throughout the span of the tour, Khalid will travel across North America and Canada, visiting cities like Las Vegas, Los Angeles, Dallas, Chicago, New York, Washington, Toronto and Atlanta.

Tickets for the Free Spirit world tour are available for purchase from Ticketmaster.