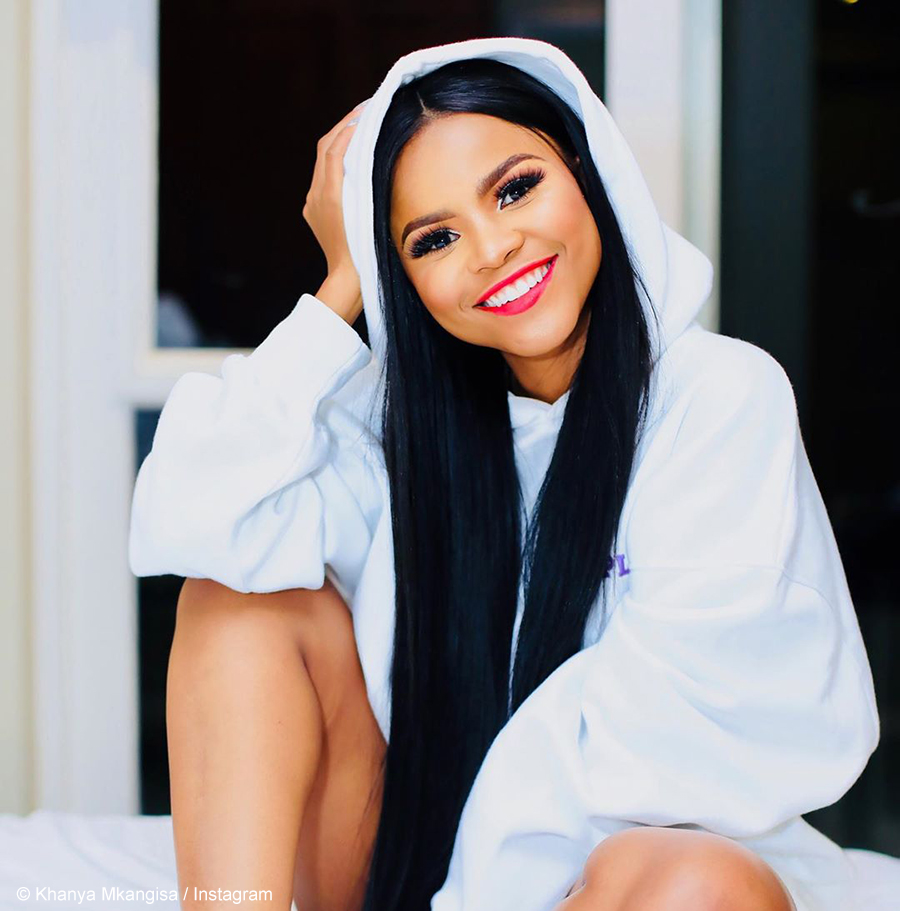 Khanya Mkangisa has announced that she is set to host Lolita’s Senoritas on Wednesday, 14 August 2019, at Rockets in Bryanston, alongside Thando Thabethe and Omuhle Gela.

Media personality, Khanya Mkangisa, announced that she is hosting an all-female line-up event at Rockets in Bryanston on Wednesday, 14 August 2019. The Queen famed actress took to her social media pages to make the announcement on Tuesday, 13 August 2019, by posting the official poster for the event. The artist will feature two musical DJ sets from her friends and prominent club DJs, including 5FM drive-time host, Thando Thabethe, and actress-turned-club-DJ, Omuhle Gela. The trio will be supported by Don Design, Kyotic, K2K and DJ Nel.

The poster she shared features images of the three of them, with Khanya Mkangisa in the centre. The image features a backdrop of a white mansion. In her caption to the promotional poster, Khanya wrote, “Hanging out with my girls at my favourite spot – Rockets, Bryanston, tomorrow night. Pull through.”

Khanya Mkangisa, who rose to fame as a television presenter and continued to gain acclaim as an actress, has also branched into club deejaying. In recent weeks, the artist has shared a gig guide of her club hosting and DJ events, which features over 18 already confirmed bookings between August and September. Following her hosting duties at Rockets, Khanya is set to travel to Zimbabwe to perform at Victoria Falls on Friday, 16 August 2019.

The event will offer specials on champagne bottles, with a complimentary glass by the event’s organisers. Although a starting time is yet to be confirmed, interested parties are encouraged to book a table beforeheand to avoid disappointment.

Hanging out with my girls at my favorite spot @rockets.life tomorrow night; pull through. 💛