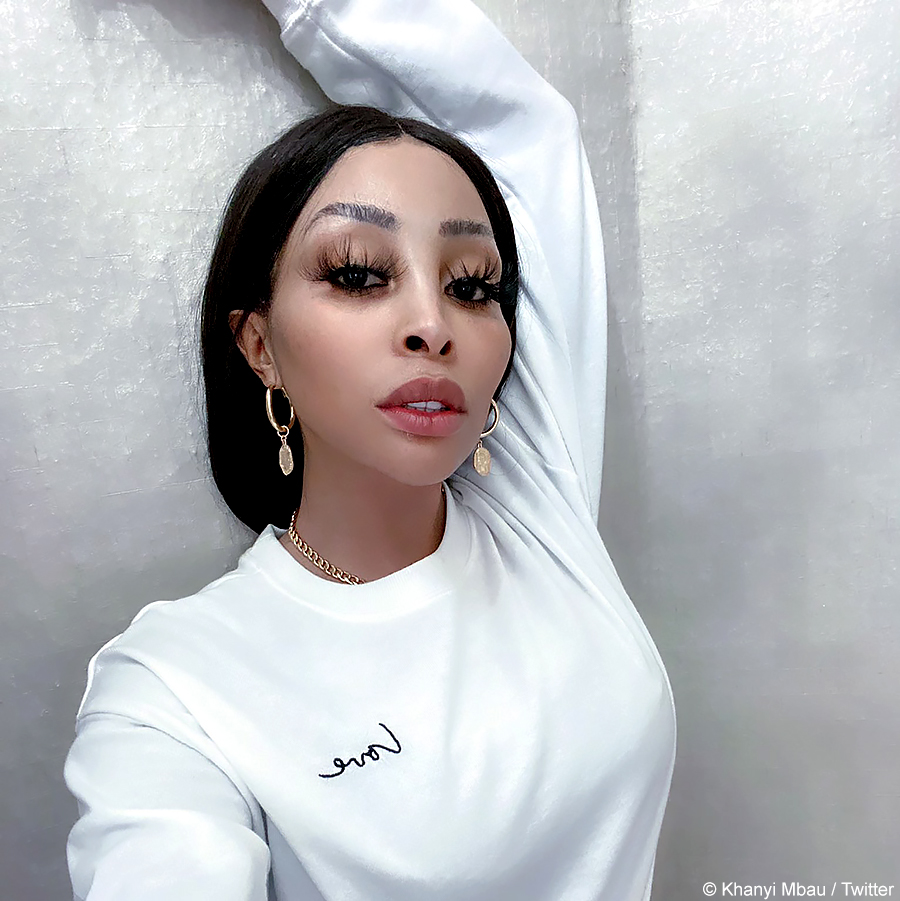 Khanyi Mbau proved that she is not intimidated by cyberbullies when she took the time to address the negative comments on her latest social media post.

Khanyi Mbau took to social media on Thursday, 21 May 2020, to post an image of herself which drew attention to her lightened skin. The media personality was strategic and intentional in her editing of the controversial image, as she posted a subsequent image from the same day that had warmer tones.

The image prompted various commentary, with most Twitter users attempting to bully the outspoken personality and ridiculing her for her skin lightening procedures. However, Khanyi addressed the criticism with tongue-in-cheek responses, which earned her laughs from other social media users.

One such post was from a Twitter user who suggested that her skin was far too light. Khanyi responded by writing, “Goals.” Another Twitter user attempted to showcase the difference editing makes by posting another trending image of Khanyi Mbau.