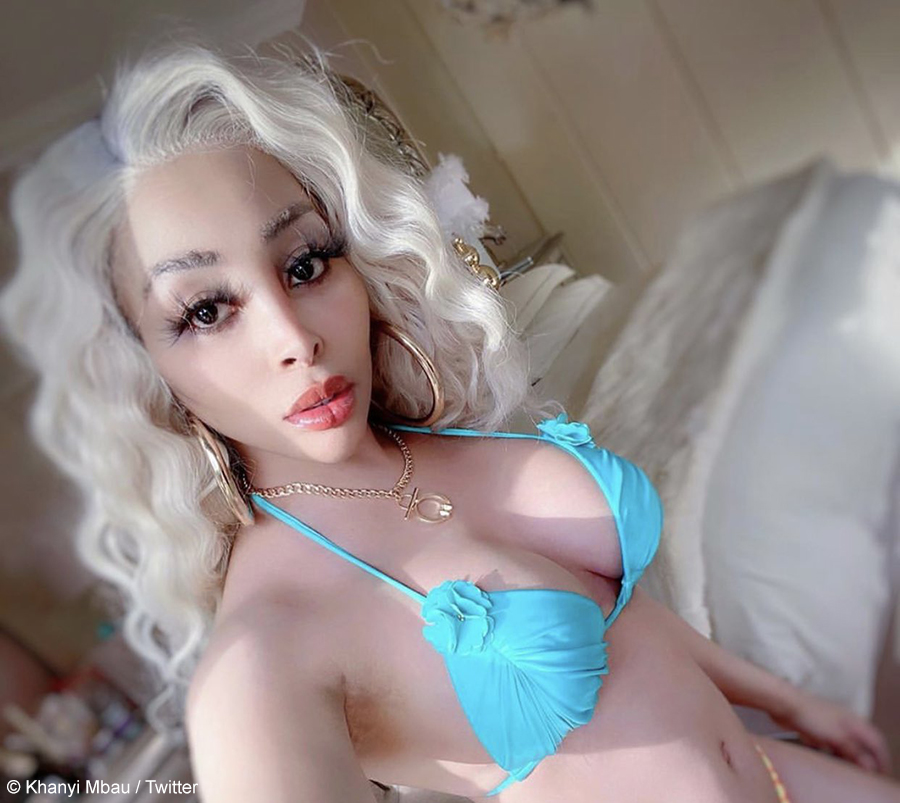 Khanyi Mbau was on the receiving end of many Twitter users’ negative comments about her skin lightening procedures, after posting a selfie of herself in a bikini.

Khanyi Mbau posted a selfie of herself on her social media pages on Wednesday, 20 May 2020. On Instagram, the Uzalo guest star used her caption to promote the hair studio she received her hair from, Bless, and the spa where she gets all her “non or minimally invasive medical aesthetic” treatments done, Light Sculpt.

However, what drew the attention of social media users on both Twitter and Instagram was the pigment of her skin. While Khanyi has been vocal about her cosmetic surgeries in the past, many were still taken aback at how light she is, with many sharing images of her prior to the cosmetic procedures for comparison.

Some social media users drew comparisons between her and the late King of Pop, Michael Jackson’s skin transformation. Others joked that Khanyi Mbau can now be considered caucasian; a statement that she has previously made in good humour.

Wena u killed me as i die pic.twitter.com/u6bu9cKTI1